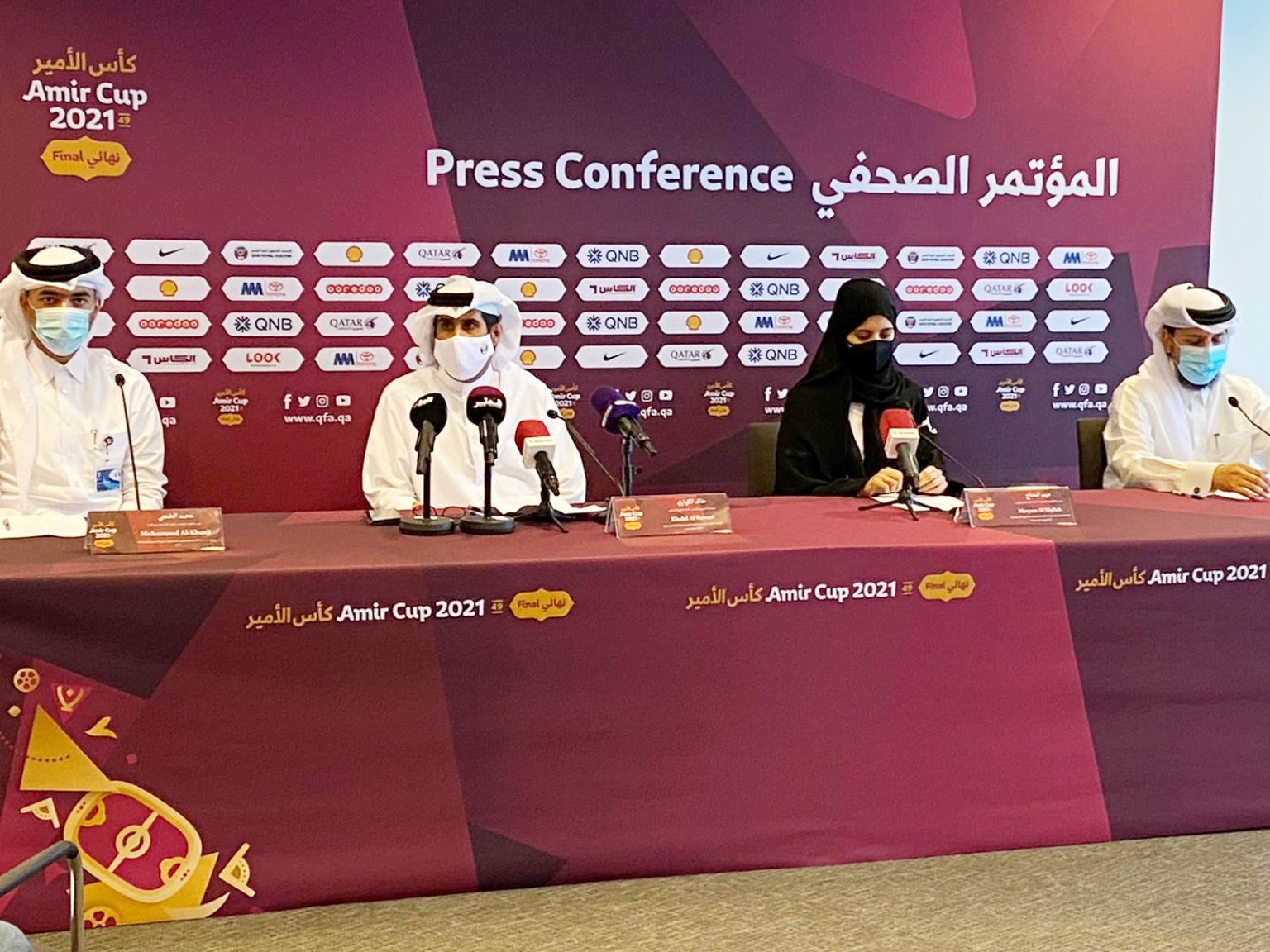 Doha, 22 September 2021 - The Supreme Committee for Delivery and Legacy (SC) announced the readiness of Al Thumama Stadium, the sixth World Cup stadium, to host the final of Amir’s Cup, which will bring together Al Sadd and Al Rayyan on October 22.

Khaled Al Kuwari, congratulated Al Sadd and Al Rayyan clubs for reaching the final of Amir’s Cup, calling on the fans to attend and contribute to the success of this football ceremony and to obtain tickets through the website of the Qatar Football Association, where 3 categories of tickets were allocated: QR 100, QR50 and QR20.

Al Kuwari confirmed the existence of a medical protocol for the fans who will attend the final match in order to preserve the safety of everyone and the match to come out in the best way.

For her part, Maryam Al Muftah indicated that the fan card will be approved in the final of Amir’s Cup and also in the Arab Cup.

Saud Al Ansari, confirmed that the announcement of the opening of the sixth 2022 World Cup stadium confirms Qatars complete readiness to host the World Cup a full year before the tournament, on the way to reaching full readiness for this major event.

“The stadium has a capacity of 40,000 fans, and it will host 6 matches in the Arab Cup, in addition to 8 matches in the World Cup, including the quarter-finals,” he added.

“The upper part of the stands will be dismantled after the World Cup and the capacity will be reduced to 20 thousand spectators, and will be replaced, the upper part will have a clinic belonging to Aspetar Hospital and a hotel, as well as many services and shops that will serve the people and residents of the area,” said Al Ansari.