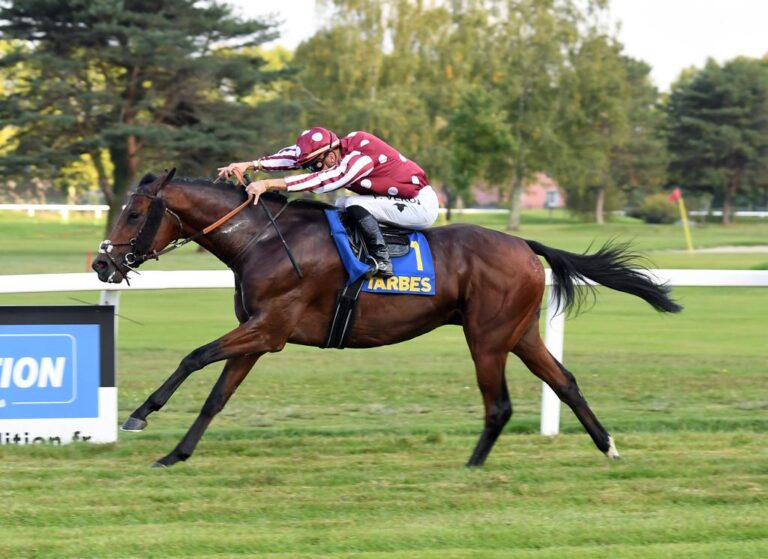 Trained by Antoine Watrigant, who is based in Pau, Marjaan had shown some strong from in three previous runs. Strong second places at both Clairefontaine and Dax on his last two outings saw Marjaan sent off favourite for the 2,100m contest and the three-year-old broke his maiden easily under jockey Fabrice Veron.

Bred by Haras De Victot, Marjaan is by Haras De Logis stallion Charm Spirit (Invincible Spirit). His dam, Zakiyyah (Monsun) was a winner at Compiegne when trained by Nicolas Clement. She is a sister to six winners, including Shediak (Selkirk) who placed third in the Jean-Luc Lagardere (Group 1) for Andre Fabre, before going on to win at listed level in the United States.