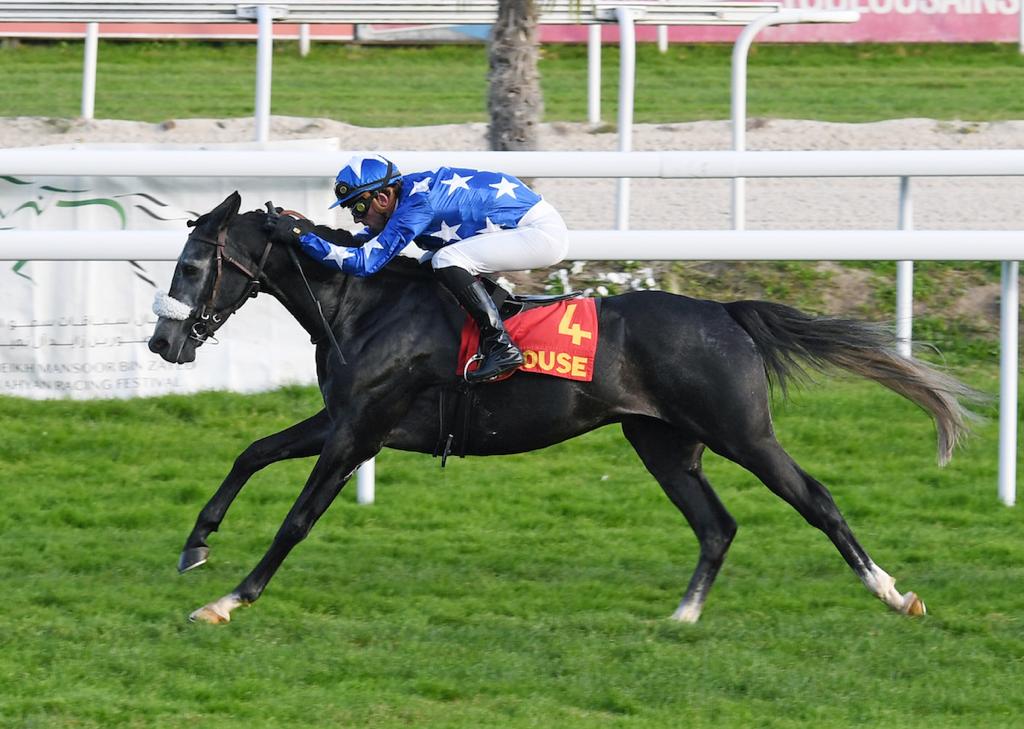 Toulouse, 28 October 2021 - The three-year-old carried the colours of his owner His Highness Sheikh Mohammed bin Khalifa Al Thani to a second Group success when landing the Prix Cheri Bibi (Group 3 PA) at Toulouse.

Trained by the ever-dominant Thomas Fourcy, MOHARRAM landed the Prix Tidjani (Group 3 PA) back in July and has now won three of his five career starts. Ridden for the first time by jockey Jerome Cabre, MOHARRAM was dropping back to 1,600m in this contest, but the colt looked extremely comfortable at the distance and won with plenty of authority.

Settled last of the seven runners, MOHARRAM travelled well through the early stages of the race. A strong early pace was set by IBIS DE LITRE (Nieshan), who led the field down the back straight. Always happy to sit in last place, MOHARRAM was poised to strike on the turn for home. Once in the home straight, the three-year-old cruised to the lead on the outside of his rivals. Asked to go clear inside the final 300m, MOHARRAM took a few strides to pick up and was challenged by both GHAZI AL ZAMAN (Hilal Al Zaman) and SAFWAH (Burning Sand). Inside the final 200m, MOHARRAM’s class began to show and he pulled clear of his rivals. He went on to win by two and a half lengths at the line from SAFWAH who put up a good performance to finish second, just getting the better of GHAZI AL ZAMAN by a length back in third.

“He put up a good effort there and Jerome liked him a lot”, said winning trainer Thomas Fourcy after the race, “He produced a good turn of foot at the finish. This was always the objective and he will now head to Doha with two group victories to his name. He will be changing trainer and will leave for Doha around mid-November.”