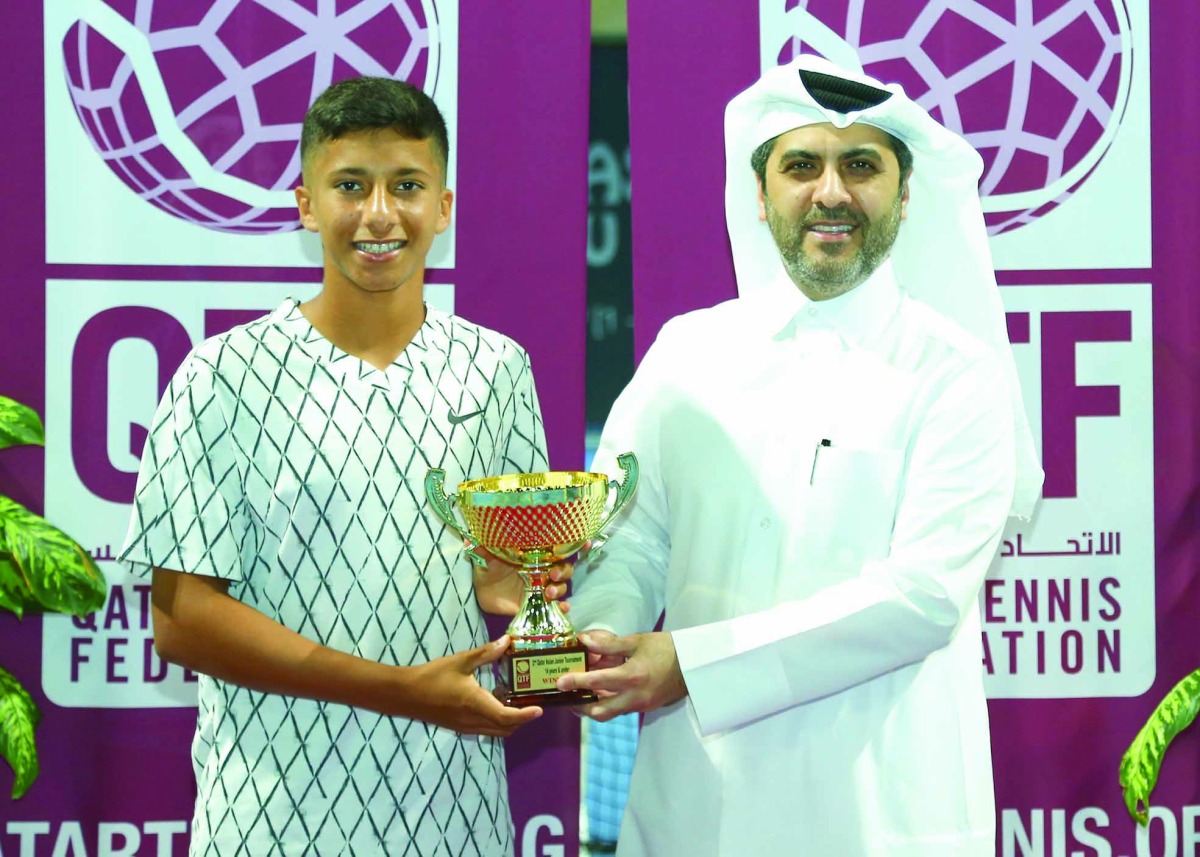 Doha, 9 November 2021 - Qatari player Meshari Nawaf won the Qatar Asian Junior Tournament for U-14, which was organized by the Qatar Tennis Federation (QTF) over a week at the Khalifa International Tennis and Squash Complex with the participation of a group of Asian players.

Nawaf won the title, after defeating his Jordanian counterpart, Muhammad Al Qurna, 6-1, 6-2 in the final match.

In the boys' doubles category for under 14 years, Qataris Ghanem Al Sulaiti and Mashari Nawaf dominated the title of this category, after they defeated the duo consisting of Kuwaiti Mohammed Al Awadi and Jordanian Mohammed Al Qurna in two sets to one, 6-1, 2-6, 10-5.

In the girls' doubles category for under 14 years, Qataris Mishael Al Khanji and Khadija Qassama won the title of this category, after defeating the Qataris, Jannat Sheikh and Safia Al-Thani, in two sets without a response, 6-1, 7-6.

In a statement, Secretary-General of the Qatar Tennis, Squash and Badminton Federation, Tariq Zainal, said: "We congratulate the Qatari players for the titles they achieved during this Asian tournament, in which high-ranking players from the yellow continent participated, and we commend the technical level in which they appeared and the efforts they made despite the challenges imposed by the Corona pandemic, which limited their participation in some tournaments.