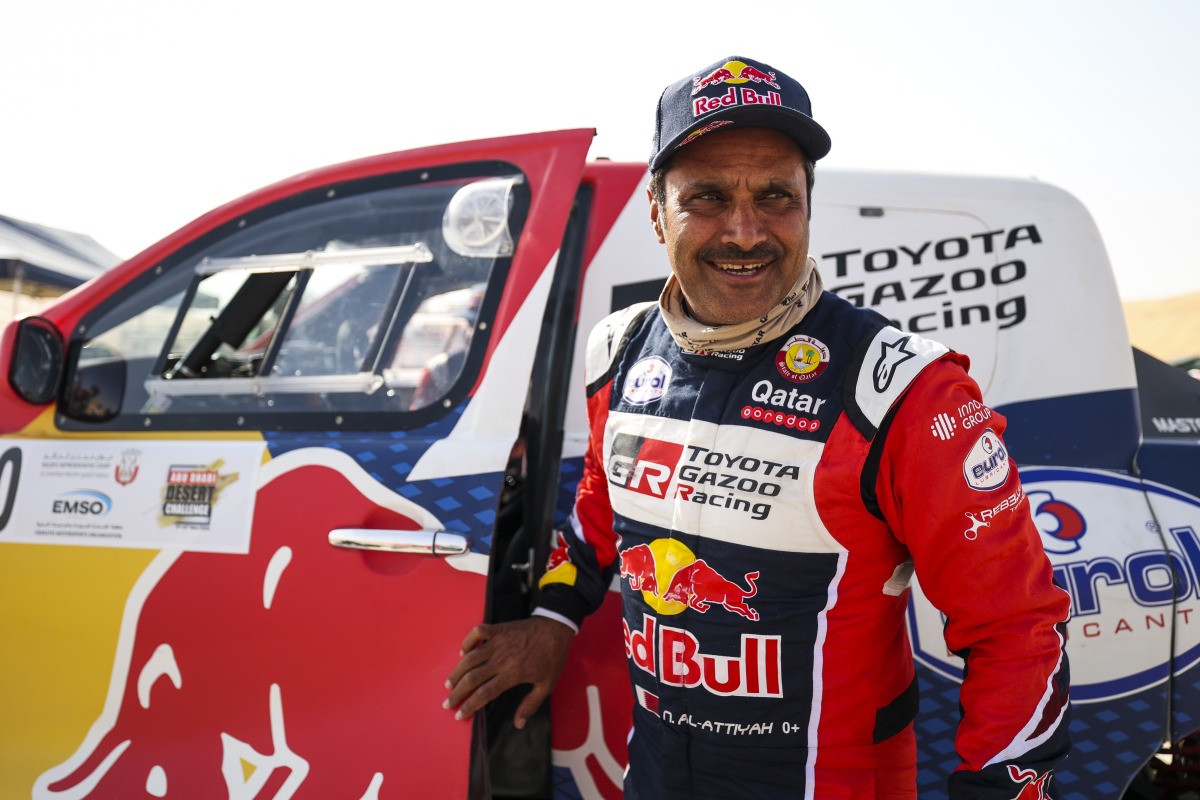 Al Attiyah and Mathieu Baumel, winners of the Rally in 2016, yesterday stretched their overall lead at the  30th edition of the Desert Challenge to 11 mins 18 secs in their Toyota Hilux.

With two days and 414km of desert stages remaining, however, the Qatari cannot afford to lose pace or concentration, even though he also appears to be winning the mental battle with his closest challenger, Poland’s Jakub Przygonski.

“I’m quite happy with today – good navigation and great terrain which made it like surfing for much of the time,” Al Attiyah said on completing the 293km Abu Dhabi Sports Council Stage 3.

Partnered by Timo Gottschalk in a Mini John Cooper Works Buggy, Przygonski declared: “Today wasn’t a very good day for us because we couldn’t get a very good grip, so it’s good that we finished the stage. Sometimes it happens, but tomorrow is another day. Let’s see.”

Argentine Lucio Alvarez held on to third place in his Toyota Hilux Overdrive, but a broken drive shaft dropped Saudi Arabia’s Yazeed Al Rajhi with Britain’s Michael Orr to seventh in their Toyota.

“The first two days have been demanding, and fully lived up to expectations,” said Mohammed Ben Sulayem, President of the Emirates Motorsports Organisation (EMSO) and FIA Vice President for Sport. “We have two more testing legs to go, and no-one can take anything for granted.”

There have been some exhilarating battles involving the world’s top riders over the years in the Abu Dhabi Desert Challenge, and another one is building this time, with a different stage winner on each of the first three legs.

The Abu Dhabi Sports Council stage tested the most resilient desert rally competitors to the limit, rewarding those prepared to attack the trail of demanding dunes and sharp slipfaces, closing with a 10km roller coaster ride of climbs and descents.

In the other FIM categories, South African Michael Docherty leads by more than an hour in Rally2, while Argentina’s Manuel Andujar has a similar advantage over the UAE’s Abdulaziz Ahli in the quads.