Qatar aim for winning finish to their ‘Euro’ campaign against Azerbaijan 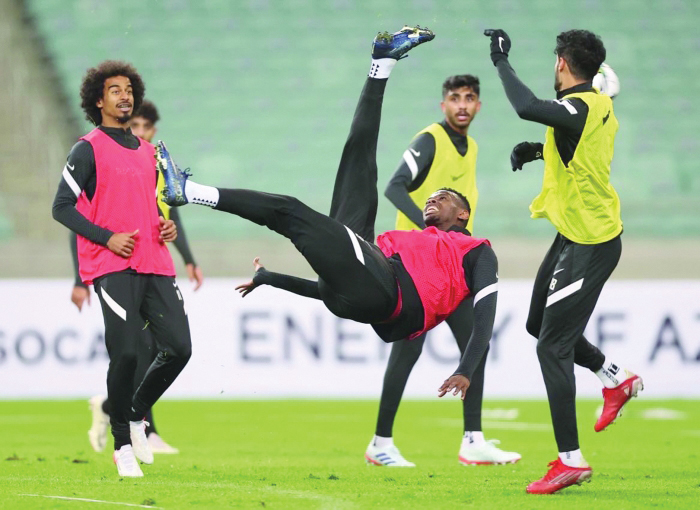 Belgrade, 14 November 2021 - Qatar will look to sign off on a high when they face Azerbaijan in their last match of the FIFA World Cup European Zone qualifiers in Baku on Sunday.

The Asian champions have been on a dismal run lately, having lost six and drawn one of their last seven matches.

Qatar have not won a game since they beat El Salvador 3-2 in the Concacaf Gold Cup quarter-finals in June.

In their last match on Thursday, the Al Annabi were thrashed by Serbia 0-4 in Belgrade putting further pressure on coach Felix Sanchez.

Qatar are playing in European Qualifiers as a guest team having already qualified for the 2022 World Cup as hosts.

The sole aim of playing the matches against physically and skillfully stronger European teams is for Qatar to get exposure before the next year’s World Cup. But Qatar’s defensive frailties have been laid bare open by Serbia and Portugal, with Sanchez’s men also struggling to score goals.

Qatar has conceded 11 goals in their last three matches without scoring one, even though they missed the services of captain Hassan Al Haydos and star forward Akram Afif against Serbia.

“Facing European teams is beneficial for us, and as coaching staff, we have all benefited from this experience. We will try to improve the positive aspects and work on those gaps, as we prepare for the Arab Cup and the 2022 World Cup,” he added.

Sanchez hinted at some changes in the playing XI. “I am hoping to make some changes but we have to see how the players cope during the training session. We will go into the match with the aim of providing a good level and obtaining a positive result,” he said.

In their previous encounter against Azerbaijan in March, Qatar had won 2-1 and Sanchez hoped his team can repeat that performance.

“Both the teams are at a similar level. In March we played well against, both in the offensive and defensive aspects. We hope to repeat the same good performance in tomorrow’s match and finish the qualifiers in the best way,” he said.

Meanwhile, Qatar midfielder Khaled Muneer said: “Playing against European teams has helped in the development of the players and the team as a whole. We aim to perform well against Azerbaijan in preparation for the upcoming challenges.”

He added: “We look forward to achieving a positive result in the match. We will implement the coach’s instructions, and hopefully we can win tomorrow and go into the Arab Cup on a winning note.”