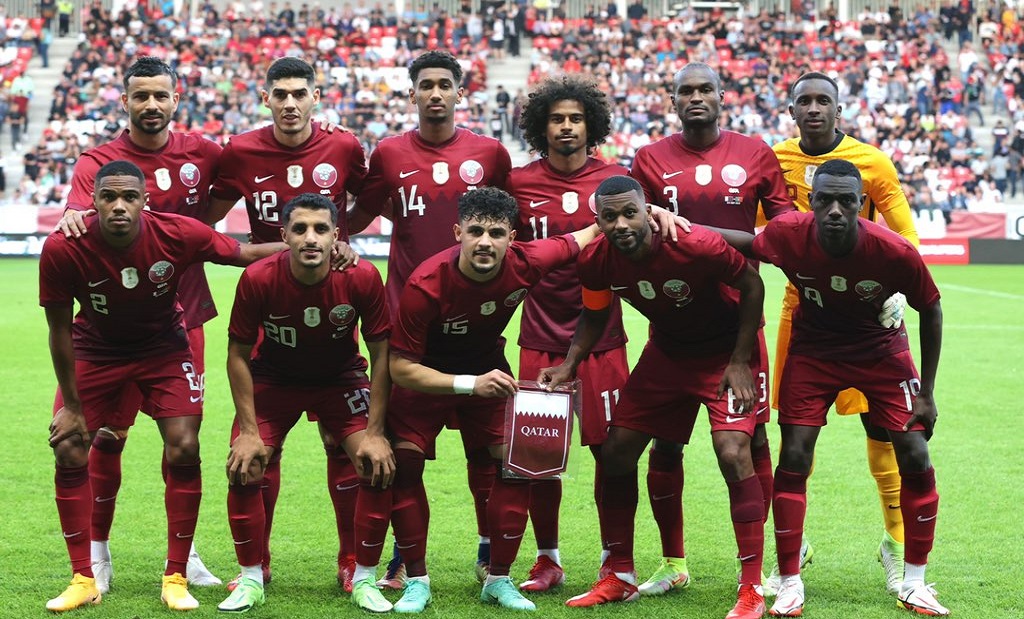 Doha, 28 November 2021 - Few days remain for the FIFA Arab Cup 2021 in Qatar, as 16 teams come together to compete in the tournament. Excitement is building for the start of the competition on November 30 as the full squads of the participating teams have been released.
A total of 368 players are expected to take part in the competition with some big names called up to compete in Qatar to lift the coveted trophy at the highly-anticipated final at Al Bayt Stadium on December 18.
Several Arab Nations Cups were held since 1963 but they weren’t officially recognised by football’s officials governing body, FIFA.
Last November, FIFA announced that Qatar will be hosting the first officially recognised Arab Cup, one year before hosting the 2022 World Cup. The tournament will include 22 Arab nations from both Africa and Asia, with three newcomers, namely Comoros, Somalia, and Djibouti.
Hosts Qatar will be looking to continue their success in recent years.
The current Asian champions will be relying on several players who lifted the AFC Asian Cup title two years ago, the first major international trophy in their history. Top scorer Almoez Ali, captain Hassan al-Haydos and the 2019 AFC player of the year Akram Afif will all feature.
The Qatar squad trained in Marbella, Spain for ten days as they seek their first Arab Cup title. Speaking on the Arab Cup and Qatar’s preparations, Qatar coach Felix Sanchez said: “Normally, we want to have a good role in the tournament, for everyone to get to know Qatar’s team and feel proud of it. We strive to compete for the title, but we must be ready to achieve that,” adding “The tournament will be difficult, as all participating teams are keen to win the title”.
African champions Algeria are also not short of well-known names as their squad includes Yacine Brahimi and El Arabi Soudani, who both played at the 2014 FIFA World Cup, along with Qatar-based Baghdad Bounedjah, scorer of the winning goal in the 2019 African Cup of Nations.
Tunisia will arrive in Doha with an experienced squad that includes players who featured at the last FIFA World Cup in Russia; Farouk Ben Mustapha, Yassine Meriah, Fakhreddine Ben Youssef, Ali Maaloul, Ferjani Sassi and Naim Sliti.
Carlos Queiroz’s Egypt will meanwhile rely on the vast experience of top goalkeeper Mohamed El Shenawy. With Saudi Arabia announcing they will travel with their youth team, Egyptian players that pile their trade in Saudi Arabia have also been made unavailable, meaning Ahmed Hegazi has been ruled out of the competition.
The likes of Europe-based players like Mohamed Salah, Mohamed Elneny, Mostafa Mohamed, and many more will also not take part in the competition. This led Queiroz to call-up a fully local-based squad for the tournament, which witnessed many surprises as both Tarek Hamed and Mohamed Abou-Gabal were left out.
Meanwhile, regular names like Ayman Ashraf, Ahmed Fetouh, El-Wensh, Akram Tawfik, Amr El-Sulya, Hamdi Fathi, Afsha, and Mohamed Sherif have all made the list.
There will be plenty of other stars that fans will be able to watch playing across the six FIFA World Cup Qatar 2022 stadiums including UAE’s Ali Mabkhout and Ismail Matar, former FIFA U-20 World Cup Golden Ball winner, in addition to Syria’s top striker Omar al-Soma and Feras al-Brikan of Saudi Arabia.
Sudan will compete with a team mostly composed of local-based players, mainly from giants Al-Merrikh and Al-Hilal Omdurman, with the exception of Smouha’s Athar al-Tahir and striker Yasin Hamed who plies his trade in Hungary.
Fans will have a chance to watch all these prominent players and many other rising stars as tickets for every FIFA Arab Cup match are still available from fifa.com/tickets
A number of Category 4 tickets priced QR25 (for Qatar residents only) remain available for all matches except the semi-finals and final. All ticket holders must apply for a mandatory Hay’ya Card (Fan ID) from fac21.qa