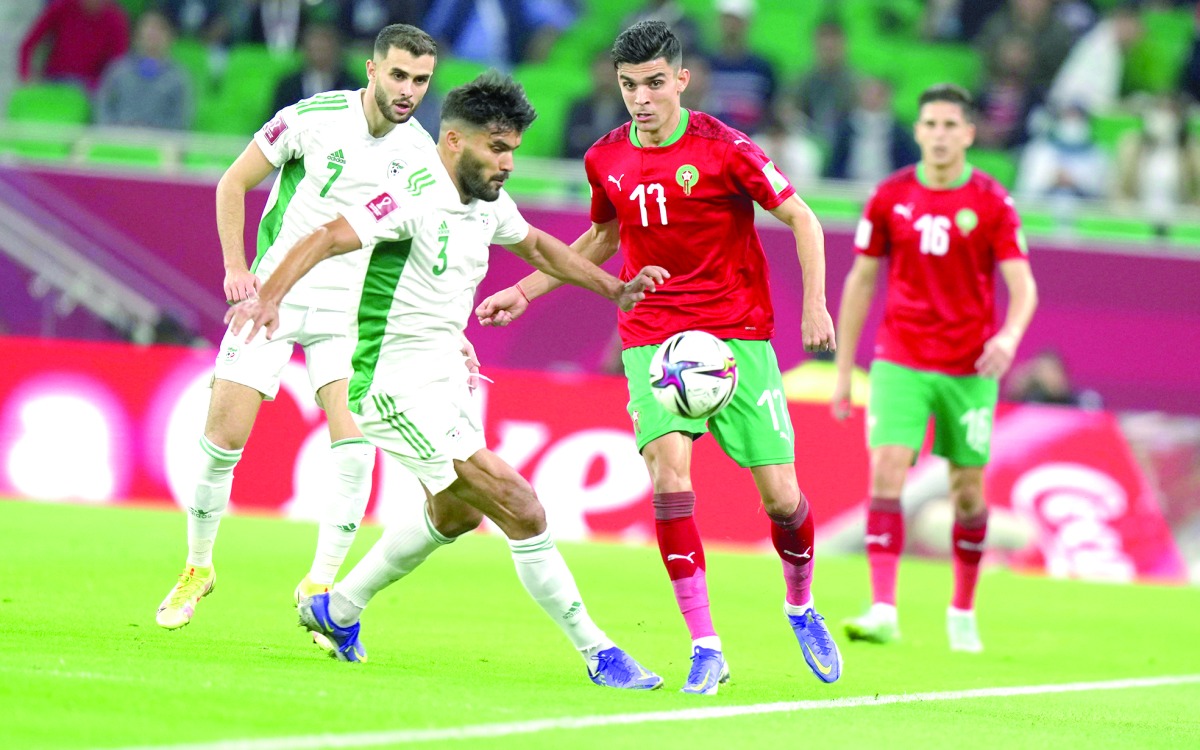 Doha, 12 December 2021 - The second and final day of quarter-final matches ended with a monstrous matchup between powerful Algeria and Morocco, two intensely skillful teams who have proven themselves throughout the entirety of the FIFA Arab Cup thus far.

The two teams battled for 120 minutes, neither able to keep a lead long enough to end the game before the 90-minute mark, ultimately stretching out the fixture to extra time. The first goal was scored by Algeria in the 62nd minute by Yacine Brahimi by way of penalty, and shortly thereafter Morocco answered with their own goal in the 62nd minute with a header from Mohammed Nahiri to equalize the game.

No more goals were scored before the full-time whistle, and the players regrouped for the next mission: extra time. Mohammed Belaili shocked the crowd with a 102nd-minute goal to bring his team up in the early minutes of extra time, and as Morocco did earlier, Algeria answered a few minutes later with a goal in the 111th minute to equalize yet again and move the game onto a penalty shootout.

The penalty shootout was an intense back and forth between the two sides, but the team that moved onto the semifinals was Algeria. They are now set to face off against Qatar on Wednesday night in the semifinal round at the Al Thumama Stadium.