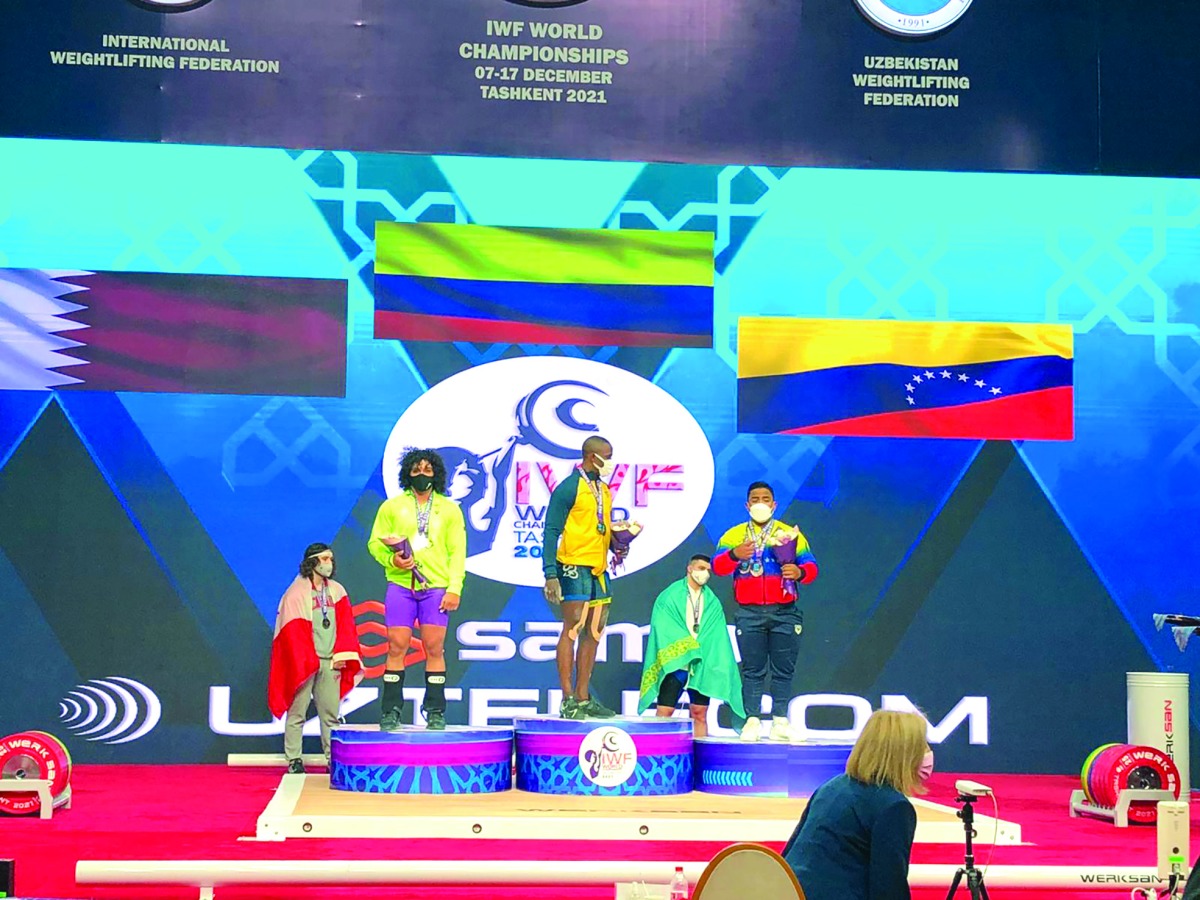 Tashkent , 15 December 2021 - Qatar’s Olympic gold medallist Fares Ibrahim won a silver medal at the World Weightlifting Championships in Uzbek capital Tashkent on Tuesday.
Fares lifted a total weight of 394kg, to finish behind Lesman Paredes Montano of Colombia in the 96kg category, who broke the snatch record on Tuesday. Fares lifted 222 in clean & jerk, the highest in the field, which fetched him a gold in the category. But he was way behind Montano in snatch, lifting only 172kg.
Montano, meanwhile, pulled off world-class lift in snatch of 187kg to break the record held by 2016 Olympic Champion Sohrab Moradi of Iran.
The Colombian was the heaviest athlete to appear and the only one to even attempt a lift at or above 180kg, which he made on his first attempt. After nailing 187, he attempted a massive 190kg but was unsuccessful.
By the time the clean & jerks arrived, Montano had established a lead that the other participants would struggle to surpass. Even though he missed his first clean & jerk, by securing 213kg on his final lift, he had firmly beaten both the gold and silver medallists — Fares and Vallenilla Sánchez — from the Tokyo Olympics. Fares made a valiant effort at 229kg to win it all, but failed to catch his clean.
Despite missing out on gold, Fares was delighted with his achievement at the world championship. “I am pleased with my effort as I gave it my all. I am looking forward to participating in all tournaments to gain experience. I want to repeat my Tokyo Olympic gold at the Paris Olympics in 2024,” he said.
“Winning silver overall and gold in clean and jerk at the world championship was not easy in light of the strong competition. “My medals here and in Tokyo is an achievement for Qatari sports and the Qatar Weightlifting Federation that has supported me and contributed to my success. I also want to thank my team for pushing me hard and planning my training programmes that has led to this success,” he added.