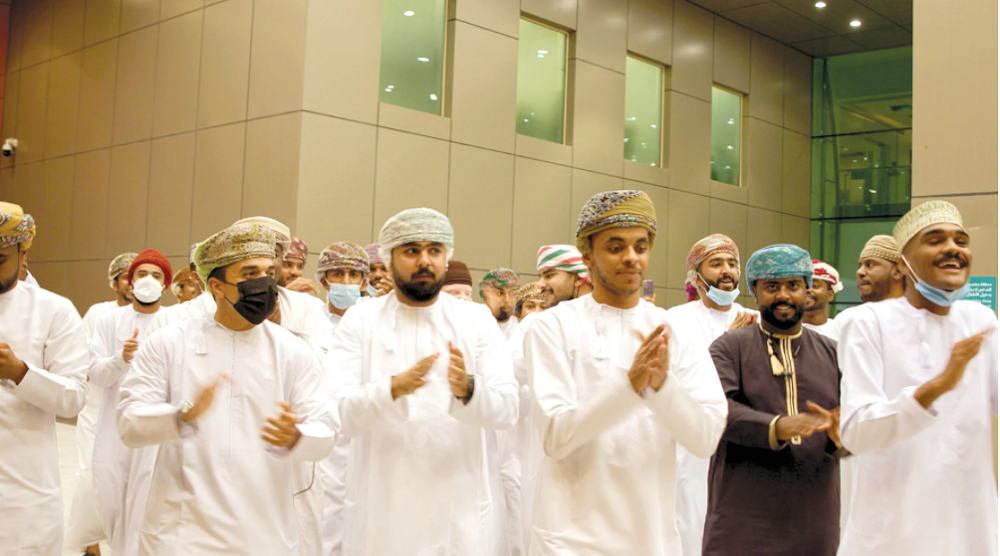 Doha, 15 December 2021 - More than 100 volunteers from the Sultanate of Oman have been helping Qatar deliver the FIFA Arab Cup, which will conclude on 18 December. The tournament has proved a golden opportunity to fine-tune preparations for the FIFA World Cup, which will kick off on 21 November next year.

The Omani delegation was invited specially to take part in the tournament, which featured more than 5,000 volunteers from 92 countries. The tournament has been a major success and featured the highest attendance for a sporting event in Qatar’s history when the host nation faced the United Arab Emirates in the quarter-finals at Al Bayt Stadium in front of 63,439 fans.

Speaking ahead of the match, Egypt coach Carlos Queiroz disclosed that he expects a challenging game but is confident his players can have the edge over their neighbours.

“Our main goal is to be here in the final four, and now we are pleased to be part of this important game. I’m sure the quality of players from both teams will give the fans the best football, and I’m sure both teams would want to win the game,” Queiroz said yesterday with a smile.

“I hope and expect my team to be much confident and express better commitment, efforts, and energy than the opponent because if we do that, we get closer to winning the game.”

The Portuguese also stressed that Tunisia have good players and have shown their quality by reaching the semi-finals, despite both teams suffering from several injuries.

“We are pleased to play against Tunisia. They are a great team and have five World Cups in their belt. This means they always have quality players and can bring good things to football.

“There’s a reason why they are here in the final four as one of the best teams, and we expect a difficult game for both sides. Some moments will be difficult for us in the game, and also, they’ll have tough moments, and they’ll fight to come back. I hope in this style of attack and defense we come out better,” Queiroz said.

“I have never pressured one player who isn’t 100 percent to play,” Queiroz stressed.

“This is not my way of playing football. I think the number one principle is everyone should respect the health of the players.”

For Tunisia, coach Mondher El Kabir has constantly stressed the collective spirit of his team as the key to their success so far. The Carthage Eagles have the top goalscorer in the competition with Seifeddine Jaziri and have seen youngster Hannibal Mejbri blossom.

“We will embark on the semi-finals (today), and yes, we started the tournament in a tough situation, but we were able to play collectively and make it out of the difficult situation, ranking top of the group,” El Kabir said.

“My players have shown much solidarity, and we are improving as the tournament goes. We are in the semis now, and we will do our best to get to the finals.”

Tunisia also have several players returning to the team, and El Kabir stressed the importance of having options on the bench, adding to the team’s collective strength.

“It’s good news to have players join us like Mohamed Drager joined and made us stronger. Any player who joins the team is an added value, but we play collectively. Everyone has the same goals whether, on the bench or starting, the goal is the same, and we have to be like this,” he added.

On Tunisia’s preparation, El Kabir said, “They have a specific team and line-up. They know all about us, and we know all about them, so there’s nothing new. We have to believe in ourselves and play our game. There are many things that we can improve, especially in our defence and our movement in transition.”

Defender Mohamed Drager confirmed that the players know what is at stake and are prepared like any other match.

“The match will be another level of competition, and we expect them (Egypt) to be motivated. We are preparing just like we do other games, and I am sure the Egyptian team is preparing also. The goal is the same for us. We have just two steps to the title. The message is easy, win and win the finals,” the Nottingham Forest defender said.