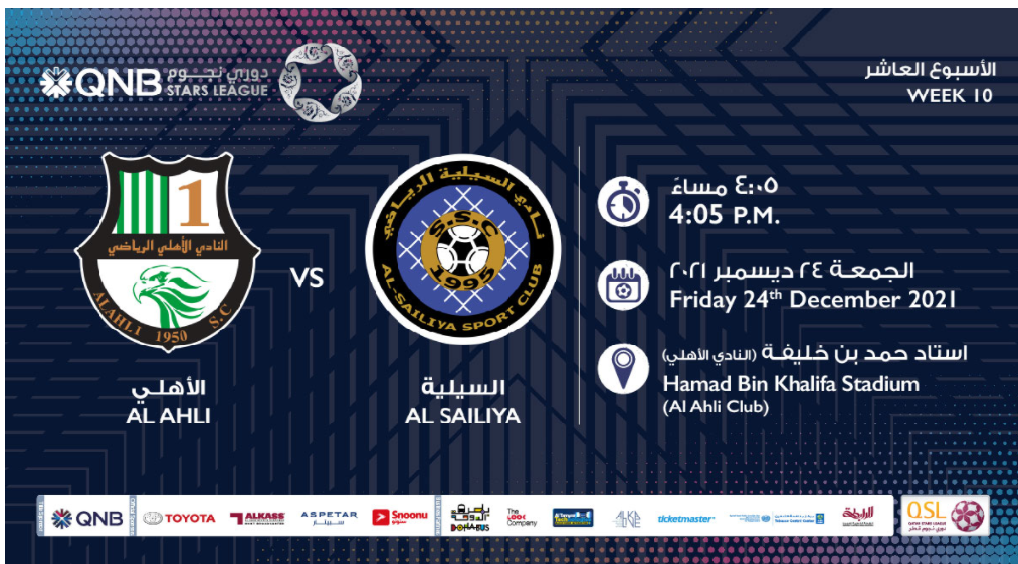 Al Ahli are in 10th position in the standings with six points (six draws and three defeats).

The Brigadiers, under Montenegrin coach Nebojsa Jovovic, have a goal difference of -5 (five goals for and 10 against).

Al Ahli and Al Khor are the only teams yet to register a victory in this season’s league.

Al Sailiya, coached by Tunisian Sami Trabelsi, are also in a desperate situation, occupying 11th place with five points (one victory, two draws and six defeats). The Peregrines have a goal difference of -11 (six goals for and 17 against).

Both teams are sure to give off their maximum efforts and that should make the contest enticing.

Meanwhile, Al Ahli and Al Sailiya had mixed fortunes in the 2021-2022 season Ooredoo Cup, where the former exited after finishing last in Group A and the latter, the reigning champions, cruising to the knockout semifinals after topping Group B.