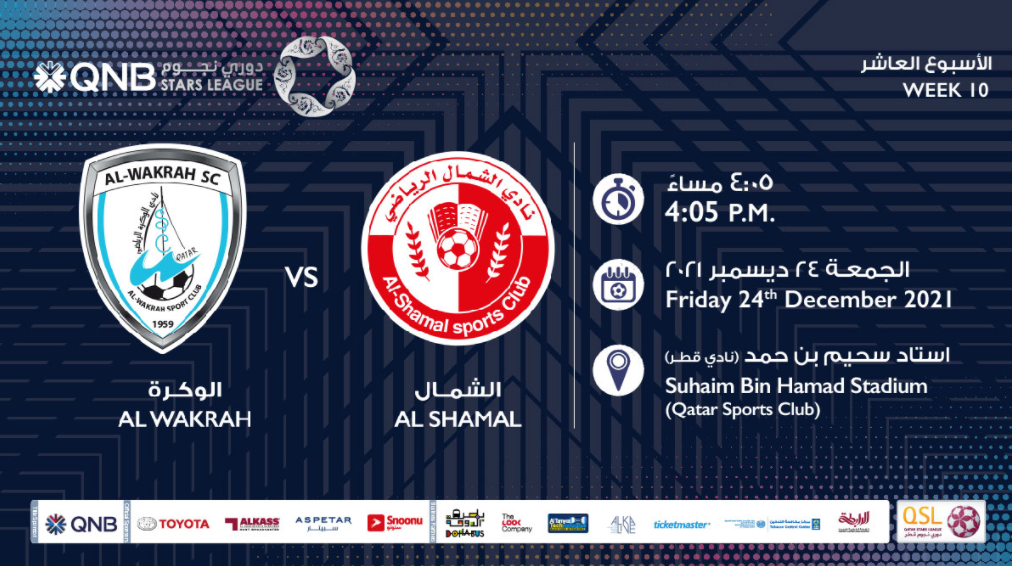 Al Wakrah are fifth in the table with 15 points (four wins, three draws and two defeats).

The Blue Wave, under Spaniard Marquez Lopez, have the same number of points as Al Gharafa, but were pushed behind on goal difference (+2 compared to Al Gharafa’s +4).

Al Shamal, coached by Moroccan Hicham Jadrane, are ninth with eight points (two wins, as many draws and five defeats). They have a goal difference of -6 (12 goals for and 18 against).

Al Shamal will miss the services of Jordanian player Bahaa Faisal, who suffered a ligament injured during the Arab Cup. The club announced that his compatriot Ali Alwan has replaced Bahaa in the squad.

Al Wakrah and Al Shamal too had mixed fortunes in the 2021-2022 season Ooredoo Cup, where the former progressed to the knockout semifinals after topping Group A and the latter bowed out in the group stage after ending up third in the group.