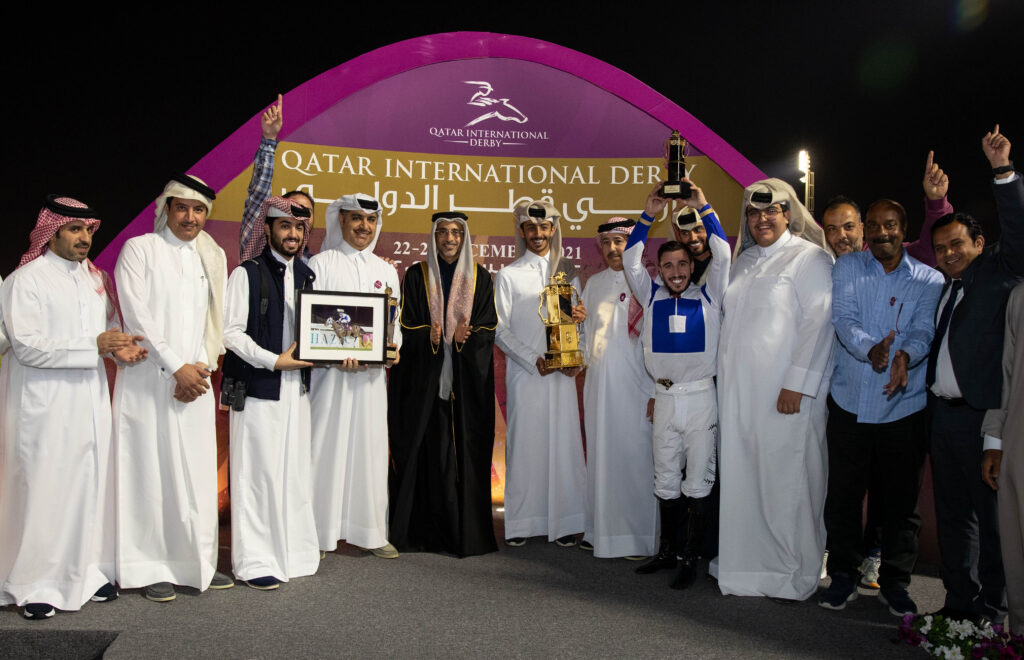 Minister of Sports and Youth H E Salah bin Ghanem Al Ali crowned the winners of yesterday’s feature race as the victorious side pocketed $285,000, while the runners-up walked away with $110,000.  It was third win of the day for trainer Ghazali.

Trained by Francois Rohaut and ridden by Jim Crowley, the colt made it three wins from four career starts.

Earlier, trainer Ghazali got his first win of the day when Al Wasmiyah Farm’s Perfect Empire, steered by Tom Marquand, prevailed in the Thoroughbred Conditions.