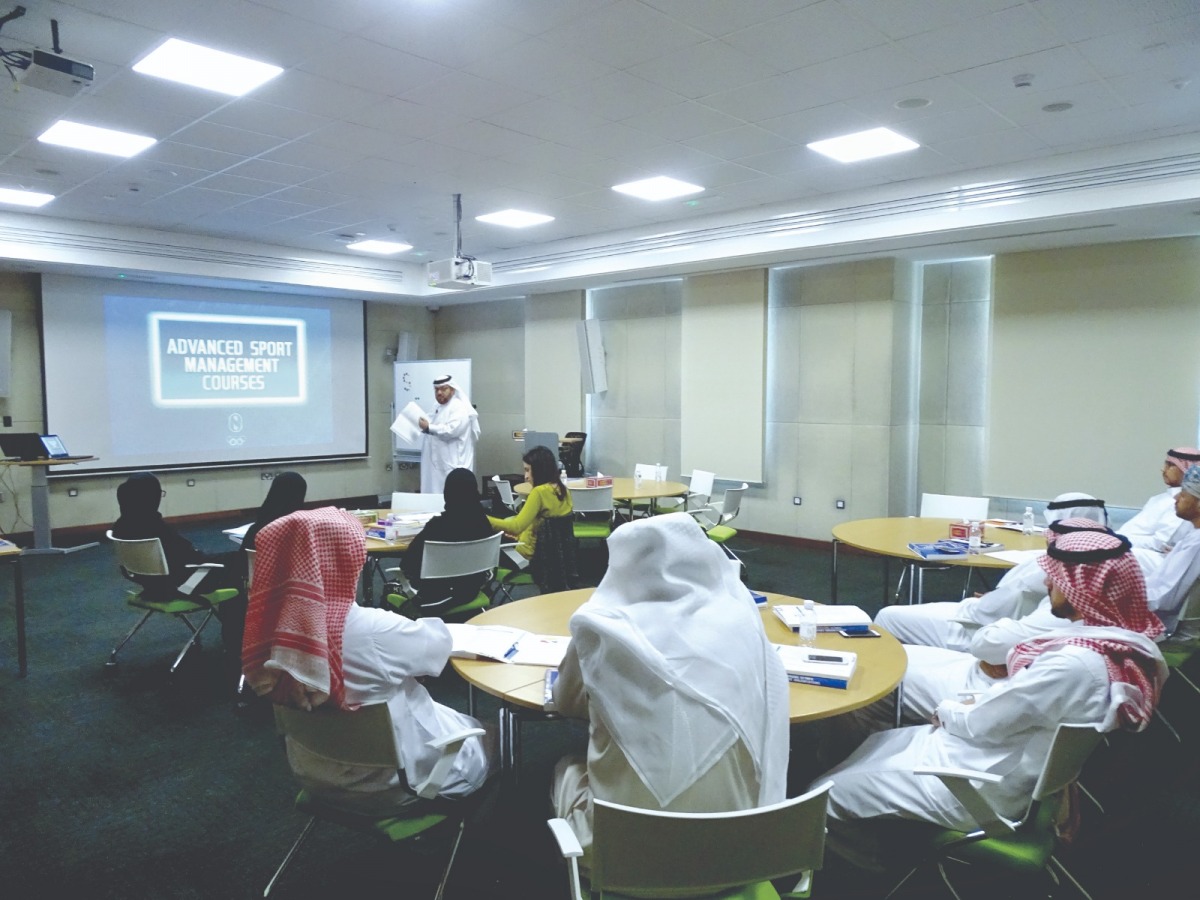 Doha, 5 January 2022 - Qatar Olympic Academy (QOA) announced the launch of its calendar of courses and programmes for the new year 2022, which will include twenty-one programmes, workshops, and a variety of courses approved by many international and continental bodies, foremost of which is Olympic Solidarity at the International Olympic Committee, in addition to the two master’s programs in sports law and the advanced diploma for the management of Olympic sports institutions.
The Academy’s programmes will entail graduate programmes, Olympic education workshops, sports training and sports management programs, preparation of a sports psychologist, security of sports facilities, and anti-doping, in addition to various courses in many sports and Olympic fields.
Each year, the Qatar Olympic Academy is keen on diversifying its agenda through the offered programmes, courses and workshops to reach the largest segment of interested people and to achieve its goals, which are to spread the sports and Olympic culture among family members and society in the State of Qatar and abroad.
The agenda included the Master’s Programme in Sports Law, which is being held by the Academy for the fifth year in a row, which is one of the most robust programs in the region in general, in addition to the eleventh edition of the Advanced Diploma for the Management of Olympic Sports Institutions accredited by the International Olympic Committee, as well as several Olympic education workshops. As for the various courses, it included many fields, the most important of which are media, law, administration, planning and security management of sports facilities, psychology and anti-doping, and other sports and Olympic fields.
Adopting the distance education system in many agenda programmes: In light of the challenges posed by the Corona pandemic, the Qatar Olympic Academy had turned to distance education, which achieved great success and remarkable turnout. From this point of view, the Academy decided to place a number of its courses in the new year in the distance education system to provide the opportunity for those wishing to study Enrolment in its classes and those unable to come to the headquarters of the Academy.
Within the framework of cooperation between state institutions to achieve common goals, the Qatar Olympic Academy last year, in collaboration with the Ministry of Education and Higher Education represented by the Training and Development Center, organised a number of programmes and workshops specifically for physical education teachers.
The development plan of the professional licensing programme is to promote and develop their sports and Olympic skills and culture, where programs are presented in several areas, the most important of which are methods of teaching physical education for the early education stage
The advanced diploma programme for sports and Olympic institutions comes with cooperation and accreditation from the International Olympic Committee. It was first seen in Qatar in 2008 when it was launched by the Qatar Olympic Committee represented by the Qatar Olympic Academy after it was selected by the International Olympic Committee to be among the first twenty A national Olympic committee in the world and the first Gulf and Arab Olympic committee to implement this program, as the number of students has exceeded so far to more than four hundred male and female students from inside and outside the country.
The diploma programme has witnessed a remarkable turnout in recent years, as many students from inside and outside Qatar enrolled in this program.
Saif Mohamed al-Nuaimi, Executive Director of the Qatar Olympic Academy, said: “We are keen every year to diversify the agenda to contain many programs that focus on the benefit of the sports community and those interested in the field of rehabilitation and sports sciences in its various areas, in addition to the Academy’s interest and focus on educating the community about Olympic values and culture Sports, which is one of the most important goals of the Academy.”
The Executive Director of the Qatar Olympic Academy also thanked the Qatar Olympic Committee, which is the prominent supporter of all the activities of the Academy, and also thanked all the Academy’s partners from ministries, universities, institutions, international, continental and local federations and other partners in the programs, stressing the openness of the Qatar Olympic Academy to all institutions in The state to serve the community.
For his part, Dr Ali Abdul Rahman al-Bakri, Head of the Sports Development Department - Director of the Sports Management Program accredited to the International Olympic Committee in Lausanne, stressed that the Academy always seeks to provide distinguished programs and sciences that benefit the sports system in particular and the society as a whole, as well as qualifying individuals from those working in the sports field are academically and professionally qualified, as well as educating and spreading awareness among workers outside the sports field to benefit their institutions and societies through the programs offered annually by the Qatar Olympic Academy.