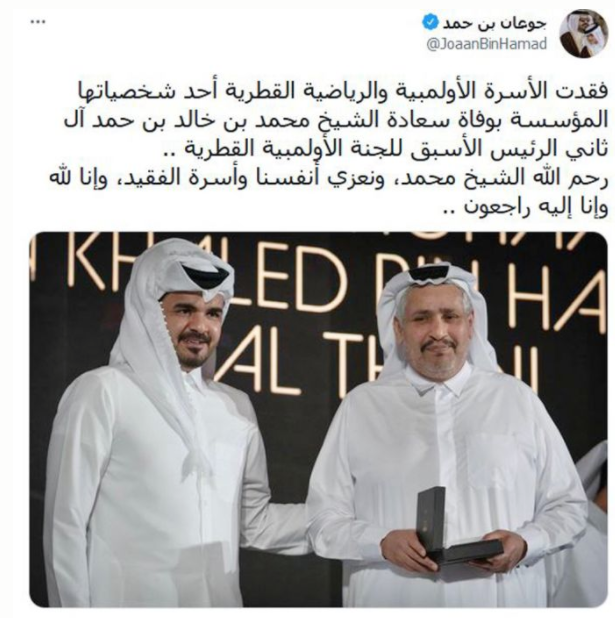 “The Qatari Olympic and sports family lost one of its founding figures with the death of His Excellency Sheikh Mohammed bin Khalid bin Hamad Al Thani, the former president of the Qatar Olympic Committee. May God have mercy.”