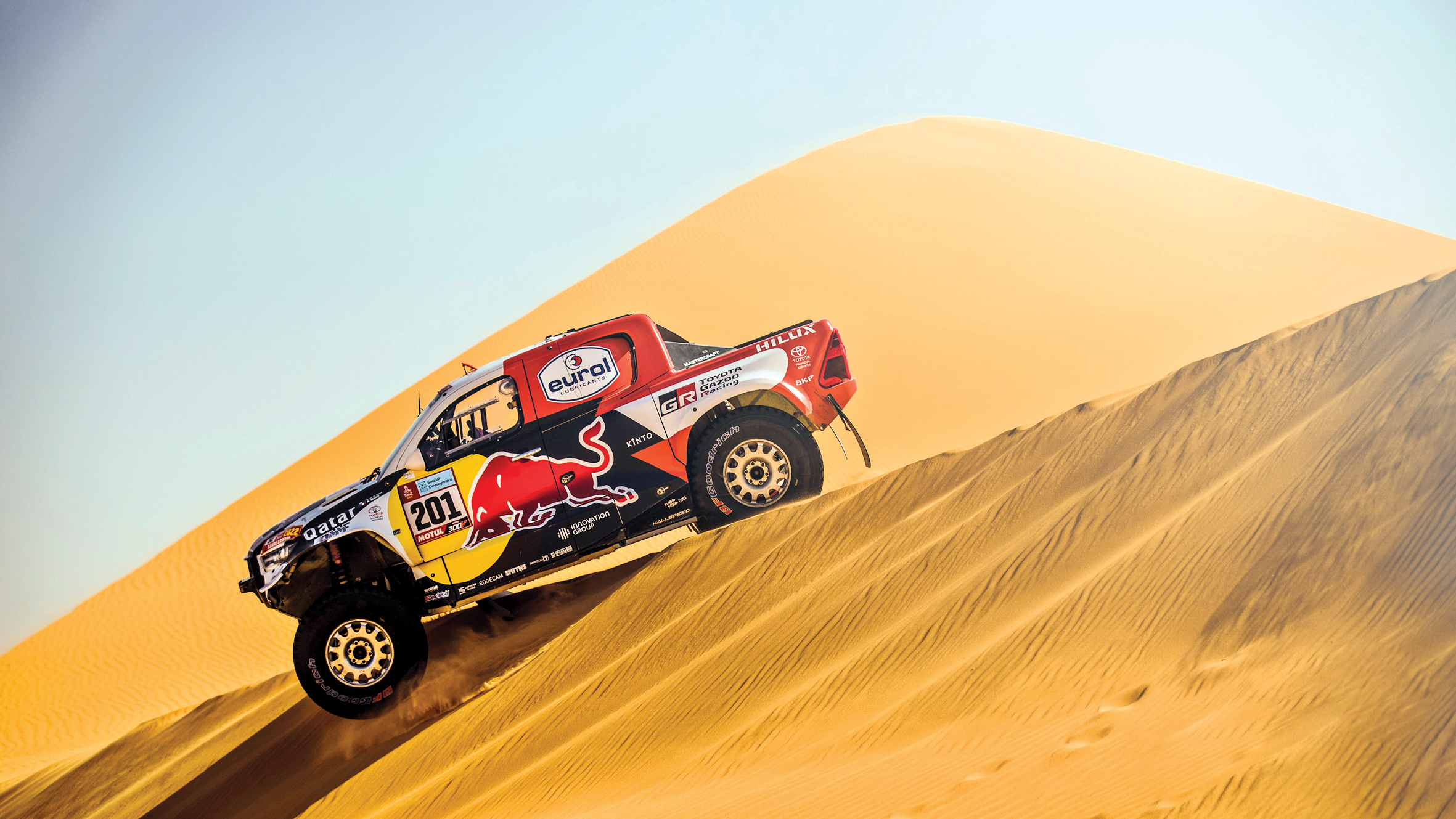 Jeddah, 13 January 2022- Nasser Al Attiyah is in sight of a fourth Dakar Rally title as the Qatari ace dropped only a minute in his healthy overall lead in Stage 10 on Wednesday.

Meanwhile, Dakar’s record 14-time champion Stephane Peterhansel powered to Stage 10 success and can only be hopeful of something untoward to stop Attiyah from clinching the title.

Loeb expressed the impossibility, saying: “The gap is too big and the race is no longer in our hands, but we’re still hanging in there.”

Smart and cautious Attiyah finished seventh after the 375km drive from Wadi ad-Dawasir to Bisha and two places below Loeb. “To lose just a minute from the start is a good job but tomorrow will be an open day,” said the Qatari. “Tomorrow it’s a good road position for us,” he added.

“We had no punctures today, no issues with the car, navigation was good with (co-driver) Mathieu (Baumel). Step by step, we will get there,” the Toyota driver who is also last year’s runner-up and has led since day one stated.

Peterhansel, known as ‘Mr Dakar’, won last year, three decades after his first victory on two wheels in 1991. The only competitor to win the famed rally in Africa, South America and Asia, Peterhansel was thrilled to land a stage in his Audi hybrid.

“I’m not necessarily a stage hunter, but each Audi driver has now won a stage, and that’s fantastic,” the Frenchman said. “When Carlos (Sainz) became the first driver to win a Dakar stage in an electric car, it was a milestone, now we confirmed that performance.”

With Sainz taking second there was double reason for Audi to celebrate. “This is good for morale, not least because it comes after a complicated start to the rally,” said Peterhansel.

In the bike category France’s Adrien Van Beveren moved to the top of the rankings after a day marked by the premature end of Kevin Benavides’ title defence. Argentina’s 2021 champion came unstuck 133km into the stage when his KTM suffered a terminal breakdown. Benavides had started the day in fifth, 10min22sec adrift.

Another KTM rider, Matthias Walkner, also had a difficult day, losing the overall lead after going off course with a navigational error to finish quarter of an hour behind Australian stage winner Toby Price. Van Beveren, on a Yamaha, gave his chances of succeeding Benavides a massive boost by finishing fourth, at three and a half minutes, to reclaim the bike rankings’ summit after briefly holding sway at the weekend.

With only two days to go he is almost six minutes clear of Briton’s 2017 champion Sam Sunderland, his brother-in-law. Sunderland reflected: “All in all, I’m happy, I prepared well this year and I think it shows. I’ve led the race for seven days. Now we just need to go flat out again tomorrow.”

Thursday’s 11th stage is a 346km special and the last day in the dunes ahead of the closing short drive to the finish in Jeddah on Friday.