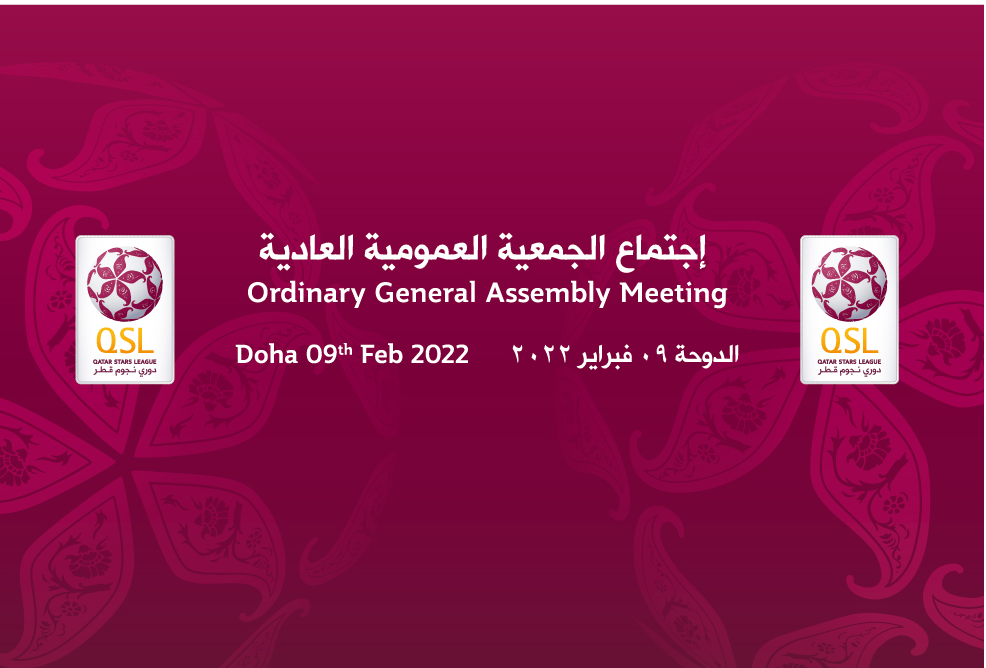 Doha, 9 February 2022 - The Qatar Stars League (QSL) held its Ordinary General Assembly Meeting, via visual communication technology, on Wednesday, 9th February, 2022, chaired by His Excellency Sheikh Hamad bin Khalifa bin Ahmed Al Thani, President of QSL, and in the presence of its CEO, Executive Committee Members, and heads as well as representatives of member clubs of General Assembly, and was attended by Executive Directors of QSL.

The Ordinary General Assembly began with a speech by His Excellency Sheikh Hamad, who welcomed all attendees, “Qatar football is entering an unprecedented period in its history. As we gear up to host the FIFA World Cup this year, the world’s attention will turn to us, especially with regard to aspects related to football, be they at the level of national team or club companies. So the responsibility entrusted upon us is great and requires us to work as one unit to take Qatar football to the desired level.”

The Ordinary General Assembly’s agenda included a number of important matters and was approved in accordance with QSL’s Articles of Association. Members were allowed to record and review the meeting’s proceedings. The minutes of the previous assembly, held on 24th May, 2021, was approved as well.

The annual report on QSL’s activities was approved. QSL’s audited financial statements for the past year were presented and approved. Besides, the auditor’s report was approved and the budget approved by the Executive Committee was reviewed.