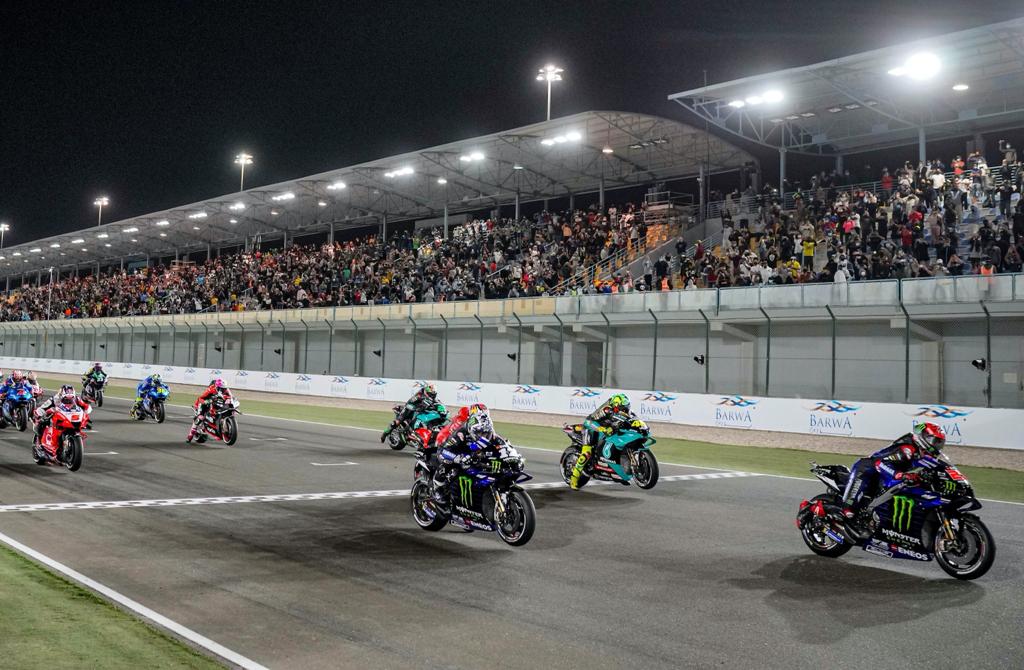 Doha, 14 February 2022 - Lusail Circuit Sports Club (LCSC) announced the release of tickets for the Qatar Grand Prix, the opening round of the MotoGP World Championship 2022 season, which will be held over three days from the fourth to the sixth of March 2022, noting that fans who have received full doses of the coronavirus (Covid-19) vaccine will be able to reserve their seats for race days through the club's website.

This year's MotoGP Championship season open which be hosted by LCSC will undoubtedly be one of the most spectacular events on the MotoGP calendar, as fans will experience the raw and thrilling action at night, under the dazzling floodlights of Lusail International Circuit, which sits around 30km outside of the capital city of Qatar, Doha.

Qatar hosted the first event at the venue during the October 2004 Grand Prix of Qatar won by Sete Gibernau, and in 2008, the country celebrated the first floodlit Grand Prix in the history of the MotoGP World Championship.

Having hosted 2 race rounds back-to-back in 2021, this years season open will mark the 20th race held at the Lusail International Circuit.

Qatar is one of the most highly vaccinated countries in the world, and it has successfully held several sports events in the past 3 years in a very controlled environment, so fans worried for their safety can rest assured that there is nothing to worry about, they will be able to fully focus on the action.

The club promises to organize a busy program for the inaugural round of the only global championship to be held at night, which coincides with its celebrations of the twentieth anniversary of Doha hosting this round for the first time in 2004.

Commenting on the event, QMMF (Qatar Motor and Motorcycle Federation) and LCSC President Abulrahman Al Mannai stated: "We work tirelessly with competent government authorities to ensure that each time the Lusail Circuit Sports Club hosts an event of this magnitude, it exceeds the bars that were previously set in terms of safety, security and overall sustainability. The Club also constantly improves and optimizes every aspect of circuit zone allocation and activity scheduling to leave both fans and race participants equally satisfied with the overall experience. Its rather simple, the world places its trust in us, and we repay it by organizing breathtakingly fun and exciting events."

It is worth noting that Qatar is one of the countries that ranks first in the world in terms of the percentage of the population who have received full doses of the anti-Coronavirus (Covid-19) vaccine, as it has succeeded in organizing several sporting events during the past three years with the implementation of strict precautionary measures to preserve the safety and health of fans and provide a safe and healthy environment for them to enjoy the atmosphere of enthusiasm and excitement.

The event will also align with Qatar National Vision 2030s sustainability agenda, meaning that each phase will be optimized to be held in the most feasibly sustainable and environmentally-friendly way possible.