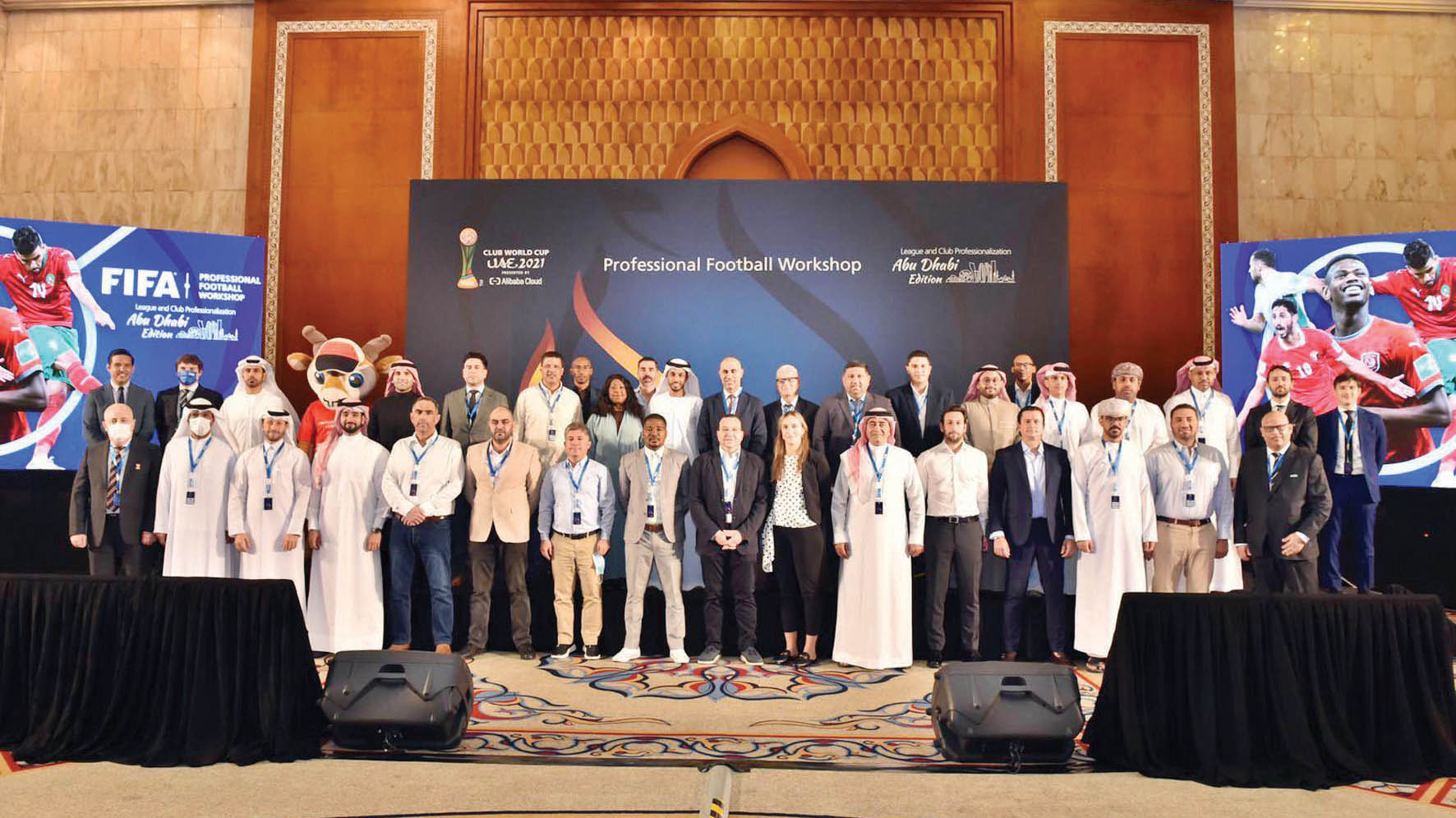 Abu Dhabi, 15 February 2022 - Mansour Mohammed Al-Ansari, General Secretary of the Qatar Football Association, and Ahmed Khalil Al-Abbasi, Executive Director of Competitions and Football Development at the Qatar Stars League, participated in the FIFA Professional Football Workshop for leagues and clubs, which was held from February 11-12 in the Emirati capital Abu Dhabi.

The FIFA Professional Workshop – League and Club proffiossnalism was dedicated to the member associations of the West Asian Football Federation (WAFF) with the support of the FIFA Regional Development Office. Al Ansari and Al Abbasi participated in the two-day workshop sessions held on the sidelines of the 2021 FIFA Club World Cup in the UAE.

The workshop – which was supervised by the FIFA Professional Football Department, the FIFA Regional Office in Dubai and the UAE Football Association – aimed to work with West Asian federations, in analysing the status quo of local leagues and reviewing successful pilot models from international leagues and federations from different countries of the world.

Al-Ansari and Al-Abbasi also witnessed the final match of the Club World Cup, which saw Chelsea win the first title in their history, after defeating Brazilian club Palmeiras.

The main objectives of the workshop revolved around providing an overview of how to professionalize football in accordance with FIFA’s vision to make football of a global nature, alongside providing an environment for professionals in this field to exchange knowledge and best practices. In addition to the above, the workshop aimed to set a roadmap for ongoing discussions and exchange of information and support in achieving this vision, giving everyone a great opportunity for fruitful communication and gaining valuable insights.