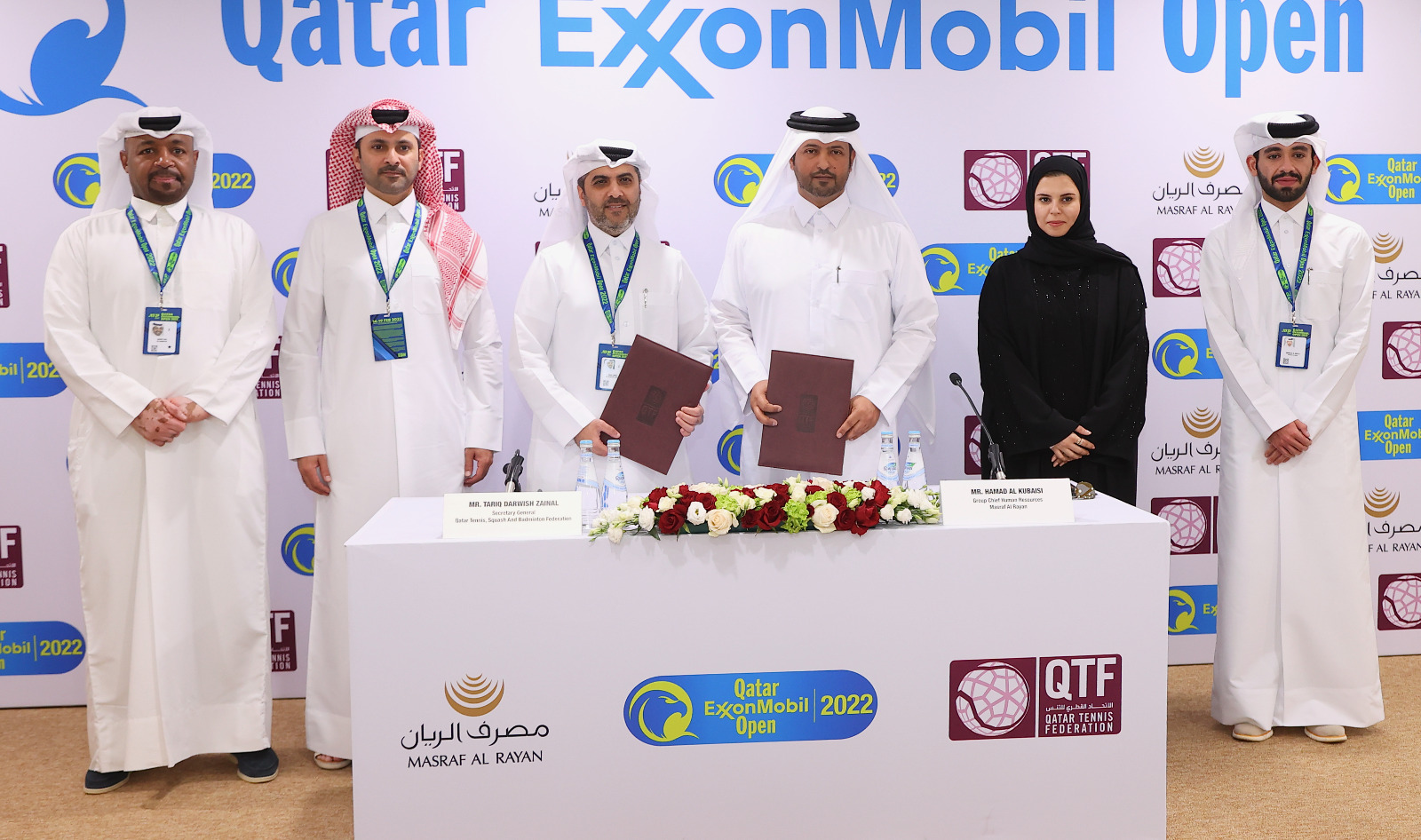 Doha, 15 February 2022 - The Qatar Tennis, Squash and Badminton Federation (QTSBF) announced that it has renewed its partnership agreement with Masraf Al Rayan to be the gold sponsor of Qatar ExxonMobil Open 2022.

Addressing a press conference at the Khalifa International Tennis and Squash Complex, Tariq Zainal said: "We are proud to renew our partnership with Masraf Al Rayan for one more year to be the gold sponsor for Qatar ExxonMobil Open 2022 Zainal also thanked Masraf Al Rayan for their great support to the federation’s tournaments over the past years and their contribution to the development of tennis in the state of Qatar.

He added that this sponsorship contract will off course have a positive impact on 2022 edition of Qatar ExxonMobil Open and wished the participating athletes and fans to enjoy this exceptional edition of the tournament.

It is a much-anticipated sporting event that hosts some of the biggest names in tennis, and attracts thousands of tennis enthusiasts from around the world.