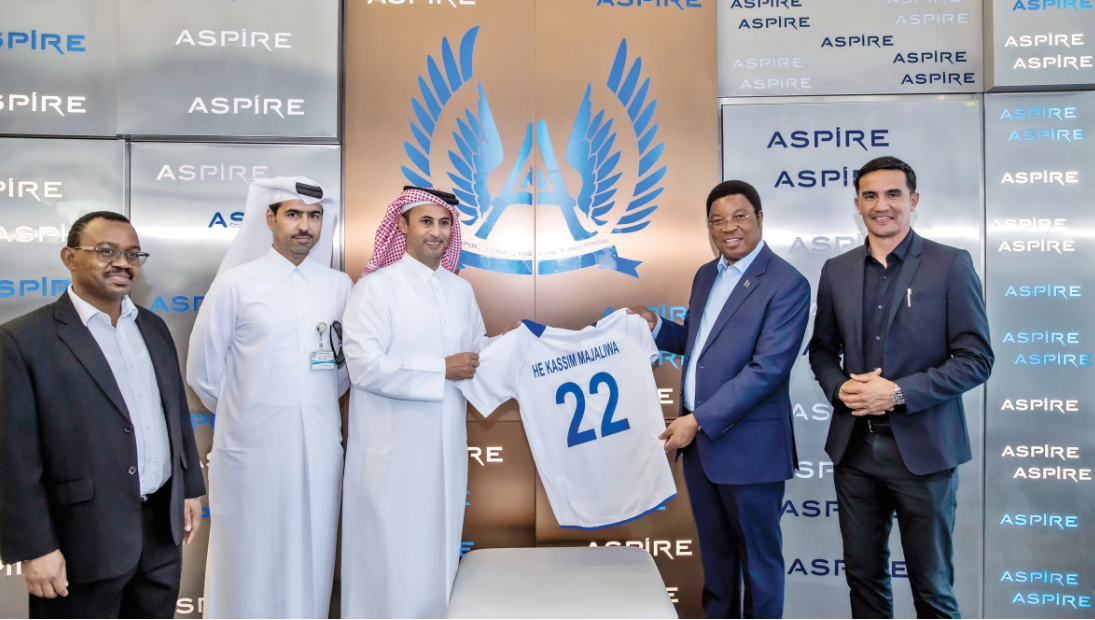 His visit included a tour at Aspire Academy as well as Aspetar, the orthopaedic and sports medicine hospital. His Excellency Majaliwa received a brief from Mohammed Khalifa Al Suwaidi, CEO Aspire Zone Foundation (AZF), on the work and services offered by Aspire Academy, as one of the three members of AZF, along with Aspire Logistics, and Aspetar.

Al Suwaidi, who was accompanied by Tim Cahill, Chief of Sports at Aspire Academy, and Dr. Abdulaziz Al Kuwari, Aspetar CEO, led the tour through the academy’s different facilities.

The Prime Minister praised the academy and was impressed by the long-term investment the country is making in sports through developing young athletes in different sports. He also received an Aspire Academy Football t-shirt with his name and the number 22 as a sign of Qatar hosting the FIFA World Cup 2022.