Khalid Salman: This will be the moment of a lifetime for the players, and for as fans as well 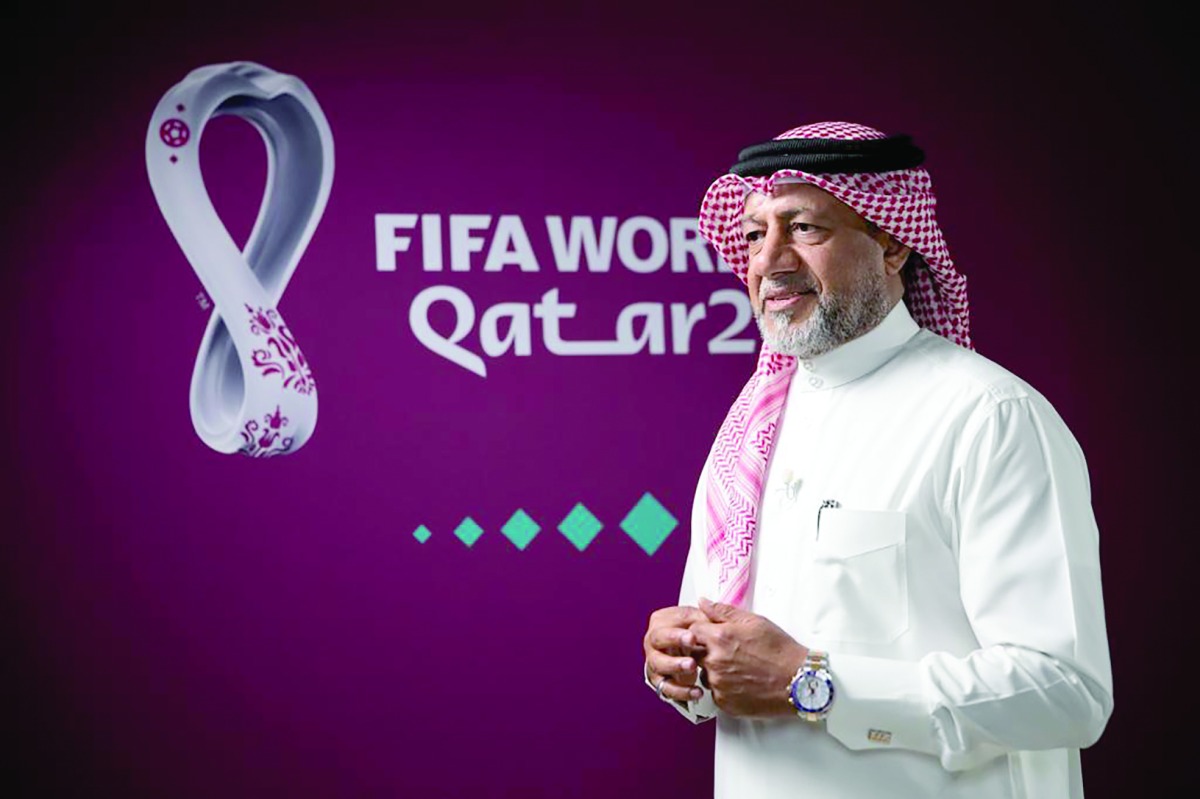 Doha, 12 April 2022 - For former Qatari international Khalid Salman, Qatar has already achieved success at the FIFA World Cup™ long before a ball is kicked at the tournament. For Salman, a Qatar Legacy Ambassador with the Supreme Committee for Delivery and Legacy (SC), the privilege of playing as a host nation in the first FIFA World Cup to take place in the Arab world is a victory in its own right.

“When the Maroons take to the pitch, they will not only be representing Qatar, but the entire Arab world. This will be the moment of a lifetime for the players, and for as fans as well. It’s a dream come true for all of us. For me personally, I tried twice, albeit unsuccessfully, to qualify to the World Cup, but now the big tournament is coming right to our front door,” said Salman who became an icon in Qatar after scoring a hat-trick for his country against Brazil at the 1981 FIFA World Youth Championship.

Qatar have been drawn in Group A of the FIFA World Cup alongside South American side Ecuador, reigning African champions Senegal and the Netherlands who have reached the FIFA World Cup Final a total of three times. Qatar’s first match will be on 21 November against Ecuador at the iconic Al Bayt Stadium, a tournament venue that has its designed inspired by traditional tents used throughout the region.

“For me, the Ecuador match is the most important one, because a win there opens up so many possibilities for us in the next two games. We have played them before, and I know that we will be very prepared coming into that match, and I hope that the symbolism that the stadium holds will bring us good luck on what will be a historic day,” Salman added.

Qatar’s second match will see them take on Senegal at Al Thumama Stadium on 25 November. The Stadium’s design is also inspired by another cultural icon from the region – the gahfiya – a traditional skullcap worn by men across the Arab world.

“Senegal boasts some of the world’s best players, but in football, everything comes down to those 90 minutes on the pitch, and we have seen so many unexpected results over the years. On paper, Senegal are a much better team than Qatar, but everything is possible,” said Salman who scored a famous brace against France in the 1984 Summer Olympic Games of Los Angeles, leading his time to an unexpected draw against the eventual gold medalists.

Qatar will round off their group stage with another game at Al Bayt Stadium, in front of more than 60,000 fans, this time against a formidable Dutch team. The Netherlands will be making their eleventh appearance at the tournament and will look to make an impact after having missed out on qualification in the previous World Cup.

“We all grew up watching Dutch football legends like Johan Cruyff. It’s a school of football that has taught us so much over the years, and I think that the differences between Qatar and the Dutch will be too much. Of course, I hope that Qatar wins and replicates the success they had during the 2019 Asian Cup, but I think this will be a very difficult match,” said Salman.

The FIFA World Cup Qatar 2022™ is set to take place in Qatar between 21 November and 18 December across 8 state-of-the-art venues. The compact nature of the tournament will enables fans to attend more than one match a day.