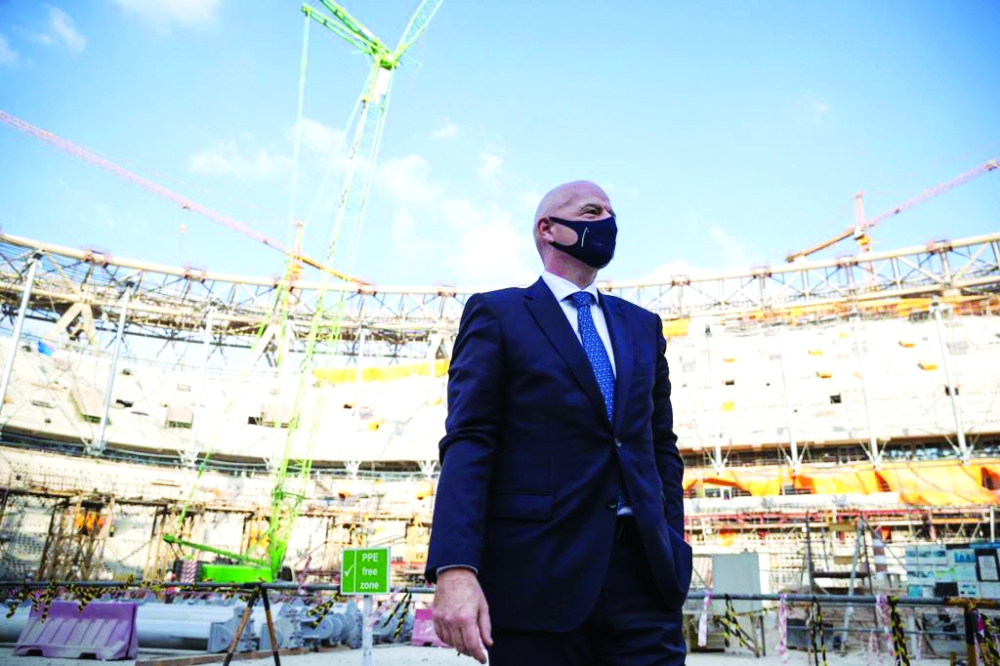 Doha, 13 April 2022 - FIFA has welcomed the United Nations General Assembly (UN General Assembly) consensus resolution from the recent 76th session which recognises the FIFA World Cup Qatar 2022 as the first such event to be held in the Middle East, and encourages the relevant authorities to ensure that it will leave a lasting legacy for peace and development in the region.

The UN resolution, passed by the UN General Assembly on 8 April, followed a plea by Gianni Infantino for leadership, peace and development during his address to the 72nd FIFA Congress in Doha one week earlier.

The resolution also emphasised that sport, and especially football, thanks to its universal popularity, has an important role to play in the promotion of peace and development, respect for human rights, gender equality and the empowerment of women and girls. “In these difficult times marked by conflicts and divisions, the fact that the UN General Assembly adopts this consensus resolution is a clear signal of the power of football as a tool for mutual understanding, tolerance, inclusion and peace, and is a further recognition to the new FIFA and its important social role the world over,” commented the FIFA President.

Additionally, the text expressed support for the launch of the “Healthy FIFA World Cup Qatar 2022 - Creating Legacy for Sport and Health” partnership with the World Health Organization and the state of Qatar. This partnership aims to make sure the tournament is a healthy and safe event, including in terms of Covid-19 prevention measures, and is used to promote a healthy lifestyle and create a blueprint to protect health at future mass gatherings.

Gianni Infantino has emphasised that staging the tournament in Qatar is not just important for the host nation, but also for the entire region.

“I think one of the biggest experiences for this particular World Cup, is that it is an opportunity for people to come to a country and a part of the world that they maybe do not know,” the FIFA President said recently. “It's actually two ways, it's an opportunity for Qatar, and the whole GCC (Gulf Cooperation Council) to present themselves to the world and it´s a chance for the world to come and see the rich history and culture of the Arab world.“