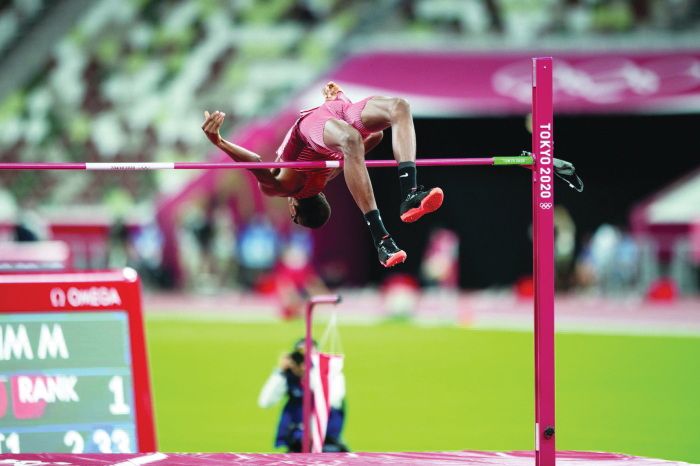 Doha, 11 May 2022 - Two-time world champion and Olympic gold medallist Mutaz Essa Barshim will lead a strong Qatari squad as Doha gets set to host the opening round of the Diamond League, the Ooredoo Doha Meeting, at the Suheim Bin Hamad Stadium on Friday.

Middle distance runners Musaeb Abdulrahman Balla and Abdirahman Saeed Hassan will be in action in the men’s 800 metres while Adam Ali Musab will compete in the men’s 1,500 metres in the first of the 13-leg prestigious track and field series which makes its return after 248 days for another sparkling season.

All eyes will be on Barshim, who is regarded as the best high jumper in the recent times, as the 30-year-old looks to kick-start his season with a bang with a face-off against his  long-standing friend and rival Gianmarco Tamberi of Italy.

The first man to successfully defend a world high jump title, Barshim shared the Olympic gold medal with Tamberi in Tokyo last year in one of the most iconic moments in sports.

Meanwhile, World Championships bronze medallist Samba, one of the most promising one-lap hurdlers in the world, will join the Olympic and world 400m hurdles silver medallist Rai Benjamin of the United States and Olympic bronze medallist Alison Dos Santos of Brazil for another exciting contest.

In 2018, Samba became the second athlete behind America’s former world record holder Kevin Young to run under 47 seconds when he clocked his lifetime best of 46.98. He ran a season’s best of 47.12 to finish fifth at Tokyo Olympics where Norwegian superstar Karsten Warholm erased the world record by winning the Tokyo gold in 45.94 secs. Benjamin came second behind Warholm in 46.17 inside the previous world record, followed by Santos. Despite the absence of Warholm, the battle between Samba, Benjamin and Santos will definitely thrill the Doha crowd.

The sprinter, with a personal best of 19.97 secs will meet the reigning Olympic champion Andre De Grasse of Canada, as well as the world champion Noah Lyles of the United States, in the men’s 200 metres. Olympic 100m silver medallist Fred Kerley (USA) also makes up a star-studded starting line-up in the short distance event.

The men’s 800m will see two prominent Qatari athletes in action. Balla, the 2015 Asian champion and 2010 Asian Games Bronze medallist will be up against compatriot middle distance runner Hassan in the two-lap race.

The Qatari duo will be challenged by the Tokyo Olympic silver winner and former Diamond Trophy winner Ferguson Cheruiyot Rotich of Kenya as well as the Doha 2019 world champion Donavan Brazier of the United States.

Former Asian Championships bronze medallist and two-time Asian Junior champion Adam Ali Musab will compete in the men’s 1,500m which also sees the reigning World Champion and Olympic silver medallist Timothy Cheruiyot of Kenya and a host of other top runners in action.

Qatar will also field 16 athletes in the national events on Friday.