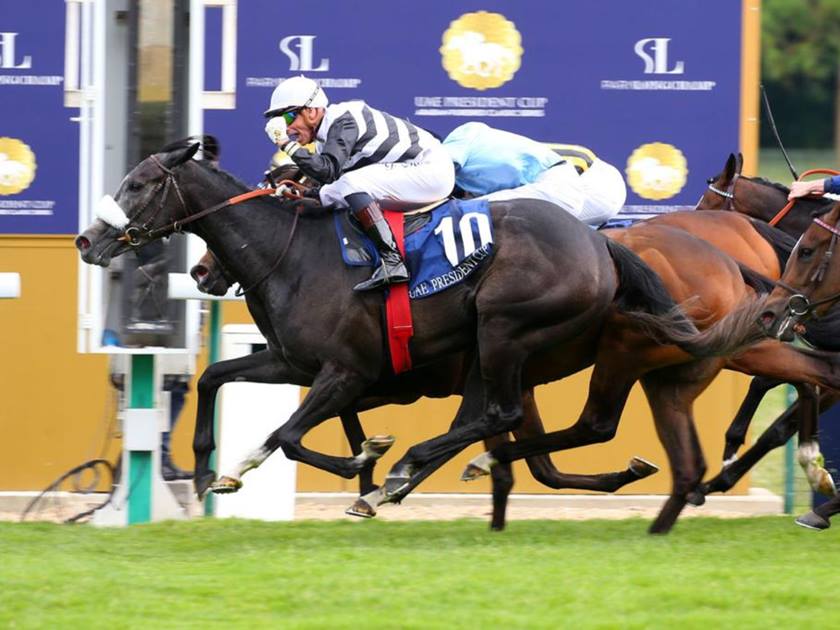 Unbeaten in her three starts as a two-year-old (including at Gr.3 level), Mangoustine was on Sunday subsequently switched to the Chantilly-based stable of Mikel Delzangles over the winter. Enduring a troubled passage on her first start for the yard last month, the filly ran well in defeat and was given a sympathetic ride by her evergreen jockey, Gerald Mosse.

Having her first start in Gr.1 company and only lukewarm in the betting, Mangoustine travelled well for Mosse, despite tracking widest of the 15 runners.

Headed into the straight by the George Boughey-trained English 1000 Guineas winner Cachet (Aclaim), Mangoustine laid down a strong challenge towards the outside. After a prolonged duel with the English classic winner, Mangoustine stuck her head out at the line to secure her first Gr.1 by a head. Towards the speed throughout, the Christophe Ferland-trained Times Square (Zarak) ran a brave race in defeat and finished a short head behind Cachet in third.

“I got such a rush off that,” said jockey Gerald Mosse after the race, “that it almost feels like it did when I won my first Gr.1. She is a brilliant filly and answered every question I asked of her. She has a huge motor, and we didn’t have the perfect run through the race. We got stuck a bit wide, but she relaxed and was able to breath, so to win like that really makes her a champion. It’s a pleasure to win such a big race too for Tony Parker, he has put a lot into racing in such a short timescale and this victory is the perfect reward.”