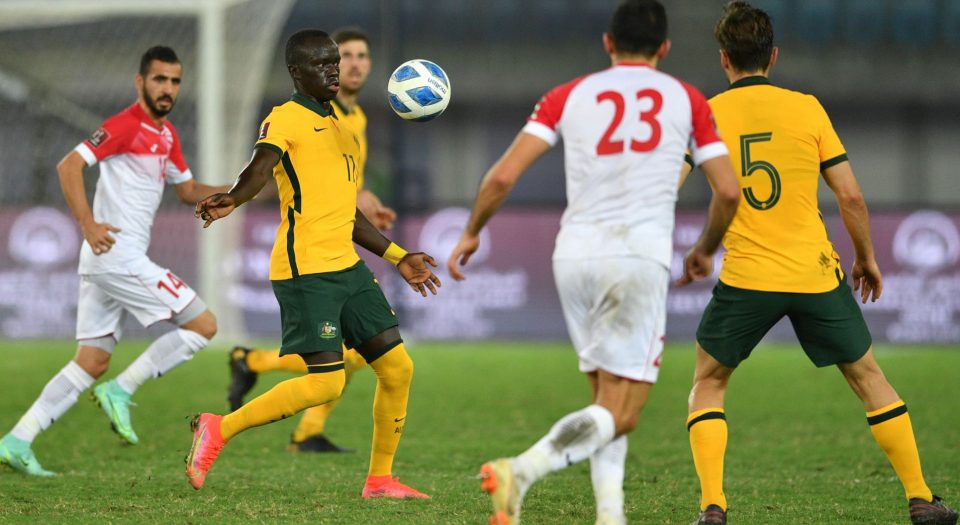 Doha, 24 May 2022 - The Qatar Football Association will host training camps for the national teams of Australia, Jordan, India, Nepal, East Timor, Oman and New Zealand, which will include five friendly matches from the 28th of this month to the 9th of June, in Doha.

The hosting of these camps comes within the framework of the excellent relations that bind the Qatar Football Association with its counterparts from friendly Asian federations, under the umbrella of cooperation agreements signed between them. It is an extension of bilateral relations that span many years, which enhances fruitful cooperation among the federations, setting higher horizons for the game of football.

The seven teams will set up training camps in Doha as part of their preparations for various upcoming events. Five friendly matches will be held, the first between the Jordan U-23 team and its Indian counterpart on the 28th of this month at Suhaim Bin Hamad Stadium in Qatar Club at 7:00 PM.

The Jordanian team is preparing to participate in the AFC U-23 Asian Cup finals in Uzbekistan from June 1-19, where they will play in Group B, along with Australia, Iraq and Kuwait.

On the same day, the teams of Nepal and East Timor will meet at 7 PM at the Grand Hamad Stadium, while Jordan and Australia will face off at 9 PM on the first of June at Al Janoub Stadium.

Meanwhile, Oman will play Nepal on the third of June at 7 PM at Suhaim Bin Hamad Stadium, and finally New Zealand face Oman on the ninth of June, at nine in the evening at the Education City Stadium.

Australia’s camp comes as part of their final preparations for the Asian World Cup qualifying play-off match against the UAE on June 7 at Ahmed Bin Ali Stadium. In the same round of the qualifiers, New Zealand and Costa Rica will meet in the intercontinental play-off match 2 on June 14 at the same stadium.

The rest of the teams are also preparing for the final round of qualifiers for the AFC Asian Cup China 2023, with the rounds’ matches set to be held on June 8, 11 and 14.

This is not the first time that the QFA has hosted preparation camps for the teams from Asia and elsewhere, having recently hosted camps for Algeria, Syria, Ghana and Gambia, in preparation for the World Cup qualifiers for Africa and Asia, and also the the recent edition of the African Cup of Nations.

Doha has also hosted many important official matches recently, including the Oceania qualifiers for the FIFA World Cup Qatar 2022, from which New Zealand qualified for the final round.

The Iraqi national team also played their matches in the third round of the Asian qualifiers for the 2022 World Cup Qatar in Doha, especially following Qatar’s great success in organising and hosting many major tournaments in the recent period amidst the challenges imposed by the coronavirus pandemic.