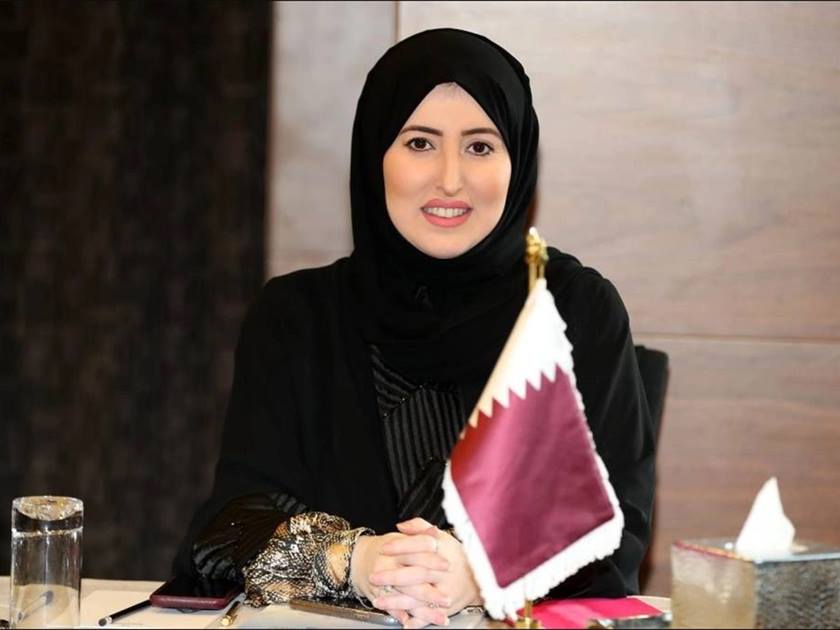 Doha, 29 May 2022- The President of the Qatar Women's Sports Committee, Lolwa Al Marri, affirmed that the inclusion of women's sports in the Gulf Games currently held in Kuwait is an important turning point in the history of women's sports.
In exclusive statements to Qatar News Agency (QNA), Lolwa Al Marri said that the presence of women and their participation in major events is a great addition and will push for more progress in the sports field, motivating everyone to participate actively and push the wheel of sports progress forward.
The main goal is to increase the percentage of women's participation in sports after it was limited to physical education classes in schools only. Therefore, the committee is working on organizing sports events in various team and individual sports, such as football, athletics, and volleyball; to achieve the desired result, in cooperation with sports federations, she added.
Al Marri indicated that the Qatar Women's Sports Committee supports the Olympic School Program in Qatar, Be An Athlete Program, Sports Day, and programs for preparing coaches and referees, considering that increasing the base of women's sports practice is the committee's primary goal. She noted the large numbers that have been achieved in the recent period.
Lolwa Al Marri said that there is a great demand for participation in sports events by the committee, and the number of participants has increased. Currently, there are 500 members, and 2354 participants, who have participated in 365 tournaments, and succeeded in achieving 834 medals. She expressed her hope that success will continue in various sports and Qatari women's access to a prominent position in sports.
Al Marri indicated that the Gulf Games, currently held in Kuwait, are witnessing the participation of Qatari women in three games, namely basketball, athletics, and cycling. She pointed to the positive participation, as Samar Mansouri won the gold medal in the pole vault competition, Saja Saadoun won the bronze medal in the 400-meter hurdles and Rania Al-Naji won the silver medal in the hammer throw competition, while Layal Tamam won the silver in the heptathlon competition, Saja Saadoun also won the bronze medal in the heptathlon competition, and Samar Mansouri won the bronze medal in the triple jump competition.
Al Marri stressed that the Qatar Womens Sports Committee is keen to give the opportunity to benefit from the participation of girls and women in sports in Qatar and provide opportunities to participate in sports and make it a part of their lives. So, the committee launched its strategy, which keeps pace with its goals and aspirations and contributes to serving the sports sector and developing women's sports in the State of Qatar, highlighting its role in regional and international forums, and enabling it to compete in the most important sports tournaments.
Al Marri explained that the committees strategy, in line with the directives of the wise leadership, is based on community awareness, promoting womens practice of sports, developing, qualifying, and attracting Qatari girls, raising a qualified generation of women leaders in the sports field, working to develop Qatari cadres, and consolidating a culture of sports and community awareness of its importance, and the provision of a stimulating sports environment that contributes to the development of womens sports in the State of Qatar.