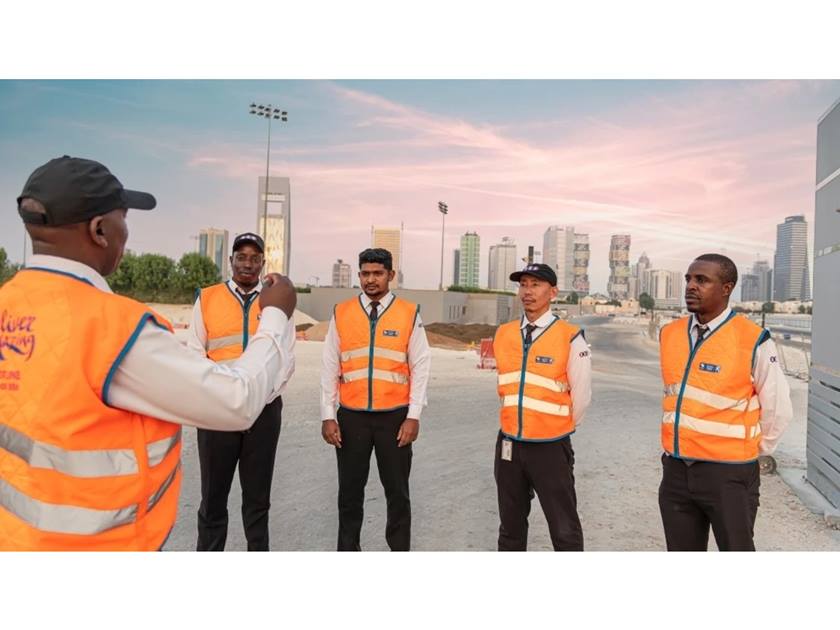 Doha, 1 June 2022 - The Supreme Committee for Delivery & Legacys (SC) pioneering efforts in relation to workers welfare were highlighted during a high-profile human rights webinar organized by the Centre for Sport & Human Rights and the International Code of Conduct Association.

During the panel discussion, titled Mega Sporting Events, Private Security & Human Rights: The FIFA World Cup & Commonwealth Games, Qutub highlighted the SCs progress in establishing welfare standards and initiatives for workers which are serving as a benchmark for the construction sector in Qatar and the region and are now being implemented in other sectors to protect all workers involved in the delivery of the tournament.

"Over the past decade, the SC has implemented initiatives to benefit the many thousands of workers involved in delivering projects for the FIFA World Cup," said Qutub. "These projects have improved recruitment practices and a range of areas in relation to health and safety, including heat stress prevention. We are proud that our work is considered a gold standard in Qatar and has helped numerous companies in the construction sector and others raise standards." Qutub went on to discuss Qatars commitment to supporting workers in the private security sector. He said the SCs Workers Welfare Standards secure the rights of security personnel on all SC projects; and went on to outline the robust monitoring and enforcement measures in place to ensure contractors comply with these rules.

He said: "More than 23,000 security personnel are expected to be involved in the tournament and they will play a critical role in ensuring a safe and secure experience for fans, players and officials. We recognize the massive responsibility of our security personnel and the demanding nature of this industry and we, as an organization, in collaboration with national stakeholders and FIFA, share an equal responsibility in ensuring their rights, wellbeing and safety are taken care of." Security personnel on SC projects benefit from ground-breaking initiatives rolled out for the wider workforce, such as the reimbursement of recruitment fees, centralized accommodation and access to remedy measures such as a dedicated grievance hotline and Workers Welfare Forums. The forums, organized by the SC, provide workers a safe avenue to collectively raise grievances via elected representatives, without fear of retaliation.

Security personnel are also covered by enhanced health and safety standards, in particular stringent heat stress mitigation measures that are implemented across all sites. They are also provided with bespoke cooling vests, which have been specially developed to reduce a wearers thermal skin temperature by up to 8 degrees Celsius.

Qutub also highlighted the SCs collaborative efforts with Qatars Ministry of Labor to address unique challenges within this sector, such as working hours and ethical recruitment.

He said: "Awareness and collaboration are critical in ensuring that human rights are respected throughout the tournaments security supply chain. We continue to engage with security service contractors and their workforce as well as key stakeholders to drive long-term change within this sector. We are committed to delivering an ongoing legacy for workers welfare and the World Cup has enabled us to set the foundation of best practices previously unimaginable in the region." Qutub appeared on the panel alongside David Grevemberg, Chief Innovation and Partnerships Officer, Centre for Sports & Human Rights, Eddy Stam, Head of Property Services Department, Uni Global Union, and Nuala Walsh, Founder & CEO, MindEquity.