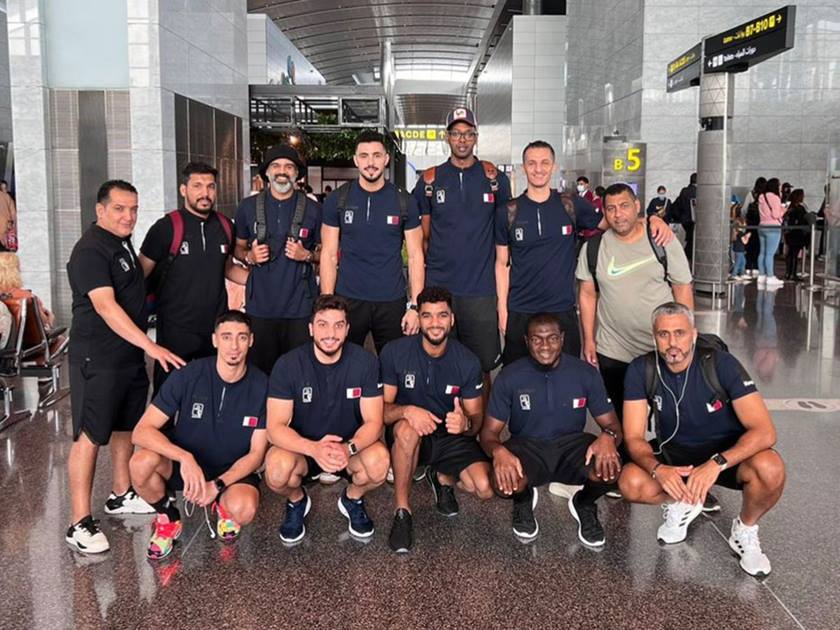 Doha, 15 June 2022 - Qatar men's beach handball team left for Greece on Wednesday to participate in the 2022 IHF Mens Beach Handball World Championships to be held in Crete from June 21-26.
The team's list includes ten players: Sayed Kenawy, Abdel Razzaq Murad, Amir Danqir, Mohamed Hassan Saleh, Ali Jarba, Hani Kakhi, Abdel Rahman Tariq, Mohamed Ahmed Zaki, Mohsen Al Yafei and Ali Ahmed.
The Qatari team will compete in Group D, which includes Brazil, Portugal, and New Zealand, while Group A includes Argentina, Greece, USA and Puerto Rico, Group B: Croatia, Spain, Uruguay and Ecuador, and Group C: Denmark, Norway, Iran, and Egypt.
The Qatari team will start its campaign in the tournament against Brazil on the opening day, then will play its second match against the Portuguese national team on the same day, before playing its third and final match in the preliminary round on Wednesday June 22nd against New Zealand.
The Qatari beach handball team qualified for the World Championships after finishing second in the eighth Asian Men's Beach Handball Championship, held in Iran's capital city of Tehran in March.
The upcoming participation in the World Championships is the sixth in a row for the Qatari team, after the 2010 edition that was held in Turkey and ranked tenth, the 2012 edition that was held in Oman, in which it achieved seventh place, and the 2014 edition that was held in Brazil, in which it achieved third place, and the 2016 edition that was held in Hungary, in which it also achieved third place, and the last edition 2018, which was held in Russia, in which it finished ninth.