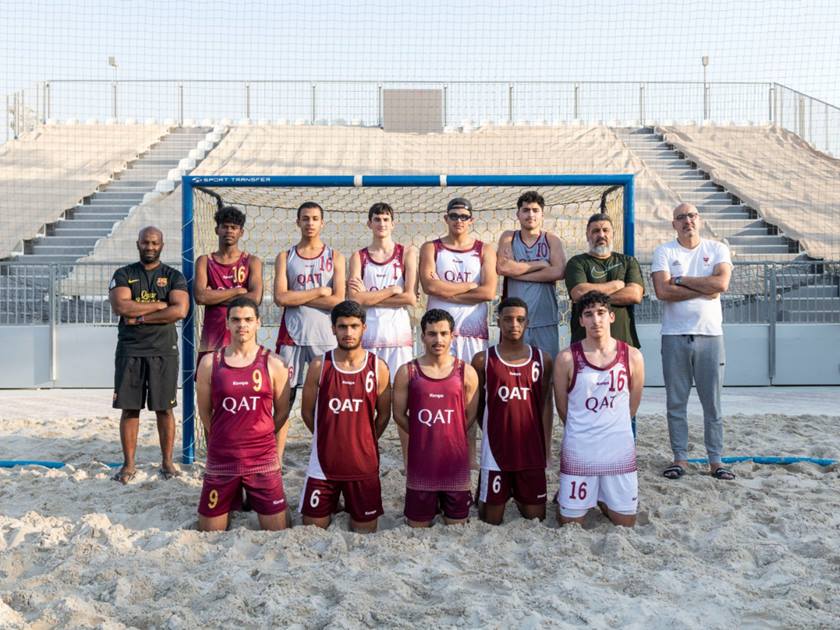 Athens, 19 June 2022 - The Qatar national junior team for beach handball lost 0-2 against Sweden in the match that determined 9th and 10th places in the World Championships held in Crete, Greece, ending the Qatari team's first participation in the World Championships in 10th place.
Qatar qualified for the main round of the tournament after it ranked third in Group A in the preliminary round, with a 2-0 victory over the US, two 0-2 losses against both Sweden and Iran.
In the main round, Qatar defeated France 2-0, then lost to Brazil 0-2 and Croatia 1-2. In the matches that determined the 9th to 16th place, Qatar achieved two victories. The first win was against Uruguay, with a 2-1 score, and the second win was against Jordan, with the same result. The Qatari team then lost its last match on Sunday against Sweden by 0-2.
Qatar junior beach handball team had qualified for the World Championship after it came third in the second Asian Youth Beach Handball Championship, which was held in the Iranian capital, Tehran, in March.