President of the Republic of Sierra Leone Visits Lusail Stadium 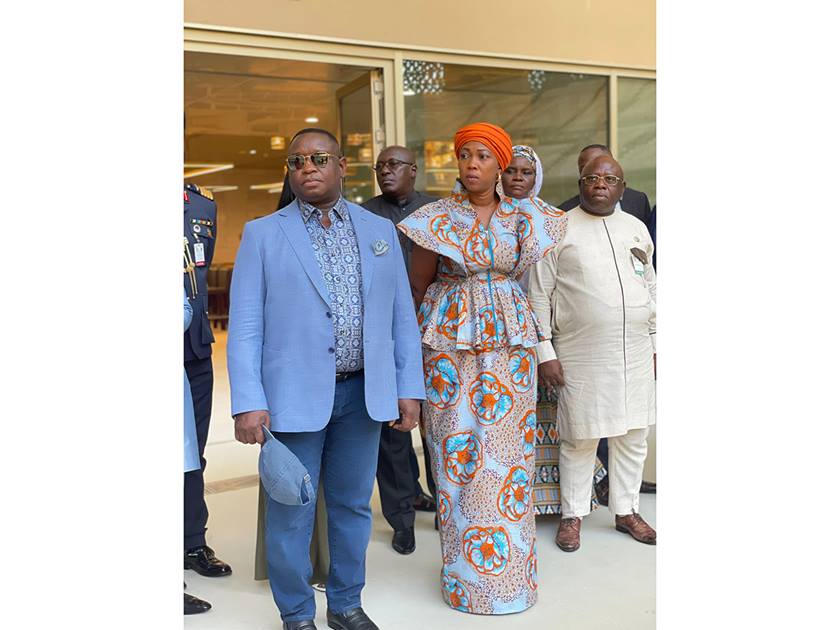 Doha, 20 June 2022 -  HE President of the Republic of Sierra Leone Dr. Julius Maada Bio, and his accompanying delegation visited Lusail Stadium, one of the stadiums of the FIFA World Cup Qatar 2022, on the sidelines of his current visit to the State of Qatar.
His Excellency was accompanied during the visit by HE Minister of Municipality Abdullah bin Abdulaziz bin Turki Al Subaie, and the Operations Manager for Lusail Stadium Tamim Lutfi Al-Abed, where His Excellency toured the stadium, and was briefed on the most prominent features of the project and the stadiums facilities and services, through a detailed explanation by the Operations Manager.
During the visit, HE President of the Republic of Sierra Leone was briefed on the various facilities that characterize Lusail Stadium.
His Excellency expressed his admiration and fascination with the development he noticed at the level of facilities in Qatar, and the intensive preparations to host the World Cup, indicating that Qatar will present an ideal edition of the 2022 World Cup.
His Excellency also praised Lusail Stadium, noting that it is a wonderful and distinctive architectural edifice, as well as the design of the fans' seats very close to the pitch, which will create a wonderful atmosphere that encourages attendance, keeping pace with this distinguished and most prominent global event.