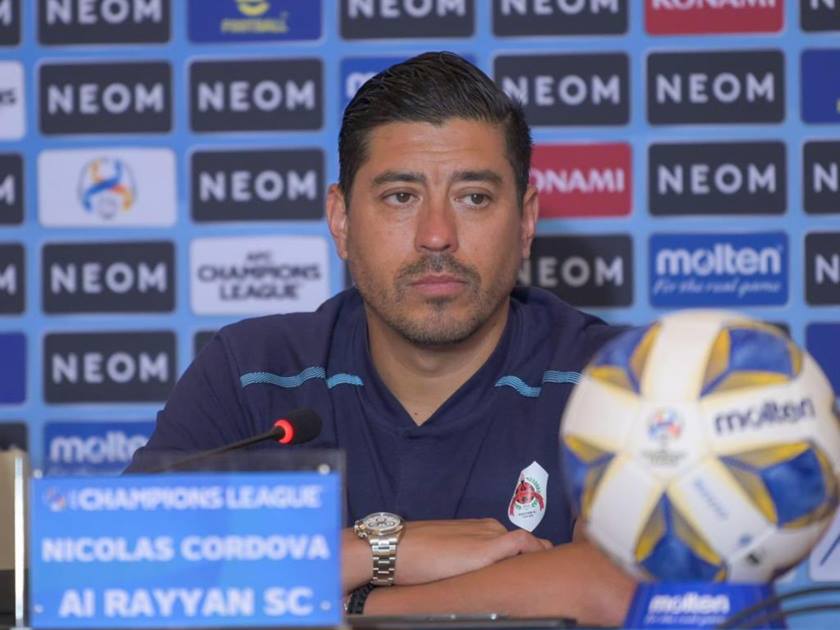 Doha, 21 June 2022 - Al Rayyan announced Nicolas Cordova as their coach for the 2022-23 season. The Chilean took charge of Rayyan temporarily in February after the sacking of Frenchman Laurent Blanc.

The stop-gap arrangement proved wonders for Rayyan as he guided the Lions to the knockout phase of the AFC Champions League in April.

However, Cordova will have a huge task on his hand to revive Rayyan, who finished eighth in the QSL last season. Cordova was also the coach of the Qatar U-23 team that competed in the AFC U-23 Asian Cup in Uzbekistan, where they failed to cross the group stage.