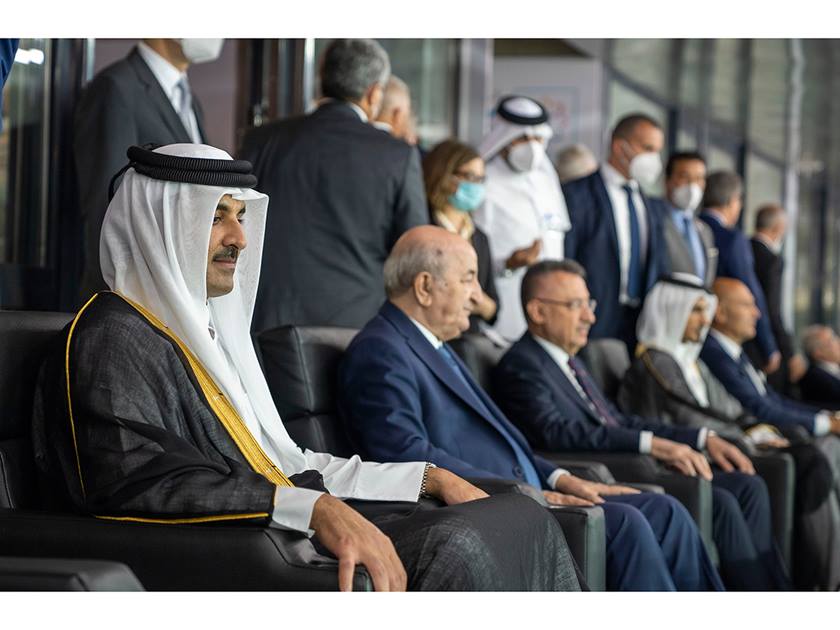 HH the Amir and the accompanying delegation were seen off upon departure from the Oran International Airport "Ahmed Ben Bella" by HE President of the People's Democratic Republic of Algeria Abdelmadjid Tebboune, HE Ambassador of the State of Qatar to Algeria Abdulaziz Ali Al Naama, HE Ambassador of the People's Democratic Republic of Algeria to the State of Qatar Dr. Mustafa Boutoura and the Qatar embassy members.

Also, His Highness was accompanied by an official delegation.