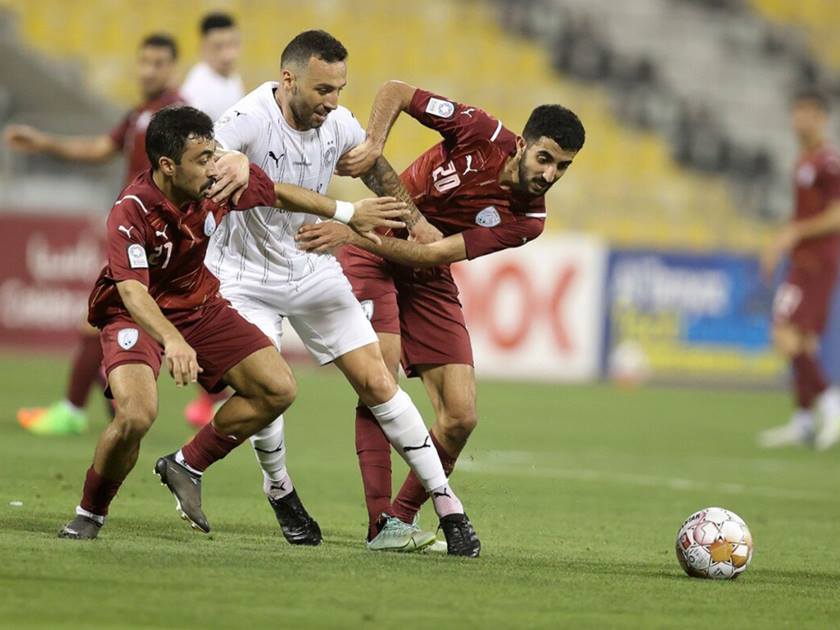 Doha, 27 June 2022 - In preparation for the launch of the new season and the QNB Stars League 2022-2023 tournament, which begins August 1, QSL clubs have begun preparations in earnest from making new appointments or setting up overseas conditioning camps.

The technical and administrative staff of Al Sadd has decided to set up a preparatory camp in Austria in Vienna. The camp will start from July 4 and continue until the 20th of the same month.

During the training camp, Al Sadd will play a number of friendly matches, in addition to technical and physical training which will prepare all players (foreign or local professionals) for the new season.

Al Sadd recently appointed Spanish coach Juan Manuel "Juanma" to lead the team in the next two seasons. Currently, Al Sadd have begun training at the clubs ground under the new coach.

Meanwhile, Al Duhail's training continues at their stadium under the supervision of the technical staff led by coach Hernan Crespo before the team travels to Austria on July 1, according to the club.

The team witnessed the return of Tunisian professional Ferjani Sassi following the end of the player's rest period after he represented his country in the Kirin International Cup friendly tournament where Tunisia won the title and Sassi was named as the best player.

Al Duhail will continue to train in Qatar till July 13 before setting up a conditioning camp in Austria.

In a related context, Umm Salal will travel to Turkey next Tuesday for a camp in the Turkish city of Izmir which will continue until July 20.

The teams mission is headed by HE Sheikh Abdul Aziz bin Abdul Rahman Al Thani, president of the club, and includes 40 people. The camp will be an important station for the final preparations ahead of the start of the new season. The team is scheduled to play 4 friendly matches during the camp, in addition to technical and physical training.

On the other hand, Al Gharafa continue to prepare strongly under the leadership of the technical staff and the team has also got a boost with the inclusion of Algerian star Yacine Brahimi, who was recently unveiled to the media. Al Gharafa, through their social media platforms, also thanked the foreign professional quintet who played for the team last season.

Al Wakrah also continue their daily training in Doha ahead of an overseas training camp. The technical staff of the club, led by Spaniard coach Marquez Lopez, has developed a training plan in preparation for the new QSL season 2022-2023.

Al Rayyan, after announcing that Chilean coach Nicolas Cordova will continue to lead the team in the new QNB Stars League season 2022-2023, continue intensive training at the clubs stadium. Al Rayyan are also expected to travel overseas for further training.

Al Arabi have renewed the contract of distinguished coach Younis Ali after he led the side to the semi-finals in QNB Stars League 2021-22 season for the first time since 2011.

Goalkeeper Jassim Al Hail has also contracted from Qatar Sports Club in a reciprocal deal between the two clubs, according to which Al Hail moved to Al Arabi in exchange for goalkeeper Sateh Al Abbasi joining Qatar Sports Club.

Al Arabi will be training in Spain in the city of Jerez de la Frontera from July 1 to 21.

Qatar Sports Club began training a few days ago in Doha, before traveling to Spain in preparation for the start of the 2022-2023 football season.

Meanwhile, Al Ahli have renewed the contract of their Montenegrin coach Nebojsa Jovovic and are continuing to train for the new season, as part of the club's keenness on technical stability.

Jovovic had coached Al Ahli in the second half of the 2019-2020 season, succeeding Spaniard Ruben De la Barrera.

The club has also signed Iranian professional Shojae Khalilzadeh for a season from Al Rayyan Club.

In the same context, Al Markhiya, returning to the QNB Stars League in the new season 2022-2023, continue to prepare strongly at a preparation camp in Turkey. The team began training in Izmir in Turkey on June 25 and will continue till July 17.

During their outdoor camp, Al Markhiya will play several friendly matches with a number of teams, in addition to the technical and physical training.

Al Shamal SC are preparing strongly at their training camp in Izmir in Turkey (June 24 to July 15) and recently announced the signing of some new players. The team will play 4 friendly matches of gradual levels in preparation for the new season. The club announced its official contract with French player Loic Lander starting from the upcoming season and for a period of two seasons.

Al Shamal club has also succeeded in extending the contract of Iraqi player Amjad Atwan for an additional season.

The club has also signed Salah Al Yahri and Salmeen Al Rumaihi, while the contract with Abu Bakr Sik, the team's goalkeeper, has been renewed.

On the other hand, preparing for the new season, the technical staff of Al Sailiya team, led by coach Sami Trabelsi, has developed a plan to prepare and equip the players at the technical and physical levels, which includes intensive training until the entire team reaches optimum readiness. The side aims to avoid the difficulties it faced last season finishing eleventh on the table.