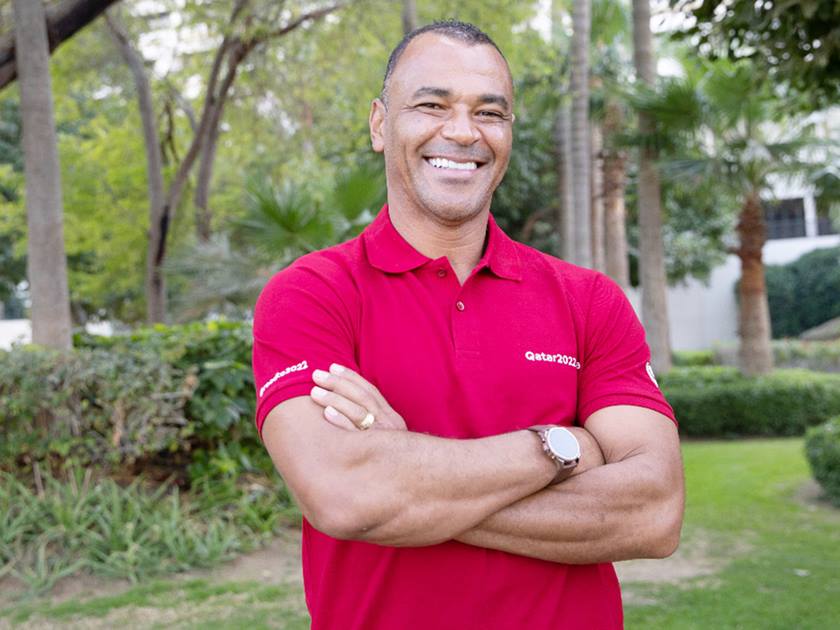 Doha, 30 June 2022 - It is exactly 20 years since Cafu captained Brazil to FIFA World Cup™ glory. On 30 June 2002, the legendary right-back lifted the famous trophy at Yokohama Stadium in Japan after the Seleção beat Germany 2-0 thanks to a double from Ronaldo.

It was a record third appearance in the FIFA World Cup™ final for Cafu – after Brazil’s victory over Italy in 1994 and defeat to France four years later. Cafu remains the only man to play in three finals.

To mark the 20th anniversary of Brazil’s victory, we sat down with Cafu to discuss his legendary career and look forward to this year’s tournament in Qatar, which will be held from 21 November to 18 December.

It is 20 years since you lifted the trophy in Japan. Looking back, how do you feel about that moment?

When you were growing up, did you ever imagine you would win the World Cup?

Of course, every player has a dream – firstly to become a professional and then to play in a great team and take part in the World Cup. When you play in the World Cup, the dream is to become a world champion. I had a dream and it became reality. I’m very proud of what we achieved.

They are both extremely important. Winning the World Cup at the age of 24 was a dream in 1994. In 2002, we won the trophy for the fifth time and I was the captain – so for me personally, the weight of 2002 is greater.

Look, it’s part of football, you either win or lose in our profession. People say we lost the final in ’98 but I say we reached the final – that’s not easy. Of course, four years later, we only wanted to win it.

What are your thoughts when you look back on the 2002 final against Germany?

Before the game, all I could think about was winning the World Cup final. We were in a position to achieve our goal. The main memory I have from the game is lifting the trophy, winning the cup for Brazil and celebrating another World Cup title. These are some of the best memories from my career.

As captain, do you remember what you told the players before the game?

I clearly remember what I said before the game: ‘Don't do anything different from what you've done so far to reach the World Cup final – be the best at what you already do’.

What were your feelings at the final whistle?

What are your thoughts on the current Brazil team, who will head to Qatar aiming to win a record sixth title?

I think it’s a very good team. They have a good mix of youth and experience. The squad has many players that are the main players at their clubs, who have already made history with the national team and are achieving great things at club level. Brazil is in a good position for the World Cup in Qatar – the players are motivated, and I really hope they meet our expectations and have a great tournament.

Players like Vinicius Júnior and Rodrygo have shown good form at Real Madrid – do you think they will have a big impact in Qatar?

What can fans expect when they reach Qatar for the World Cup?

Firstly, I think all football fans should travel to Qatar because this is where you will get a chance to attend the FIFA World Cup, the greatest show on Earth. It will also be the first World Cup in the Middle East, so it is an opportunity to be part of something that will be a first in the history of the game. I know from my own experience that everyone will be welcome in Qatar and the country is excited to open its arms to fans from all over the world.

It is going to be a wonderful tournament and an incredible opportunity to explore what for many will be a new part of the world. You will have the opportunity to see the best players in the world compete in amazing stadiums designed to deliver the best possible experience for us, the fans. At this stage, every fan can have the dream of their country winning the World Cup, and if it happens, being in the stadium as they lift the trophy celebrating with friends and family will be a lifelong memory.