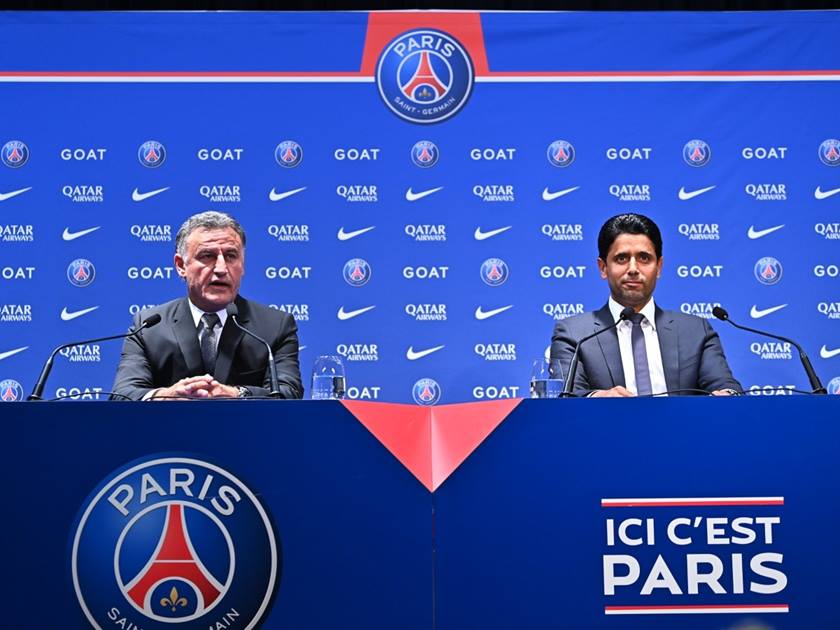 Paris, 6 July 2022 - Christophe Galtier said he was ready to impose himself on Paris Saint-Germain's dressing room of superstars after being appointed as the club's new coach to replace the sacked Mauricio Pochettino.

"Yes, I am emotional, yes I am proud," Galtier said at a press conference in the French capital.

"I realise full well the responsibility that has been given to me but I have prepared for this. I wouldn't have accepted this job if I didn't think I was capable of it."

Galtier may not be as well-known internationally as some of the other names who had been linked with the PSG job -- most notably Zinedine Zidane -- but he has an outstanding reputation in France where he won the Ligue 1 title with Lille last year.

He insisted he was not afraid of making his mark on a PSG dressing room full of star names even beyond Kylian Mbappe, Lionel Messi and Neymar.

"It is a privilege to have a dressing room full of world-class players," he said.

"You have to talk with them but also impose yourself. There can be no compromises.

"We must have a common project but there will not be a revolution. I am going to observe and listen, and I know I will have the backing of the management if there is a player who doesn't fall in line with the project of the club."

The club had earlier issued a short statement confirming what had been widely-touted for weeks -- the departure of Pochettino with a year remaining on his contract.

"Paris Saint-Germain confirm that Mauricio Pochettino has ended his role at the club," said a club statement as the former Tottenham Hotspur coach left the Parc des Princes after 18 months in charge.