Al Duhail up against Al Ain in fourth round 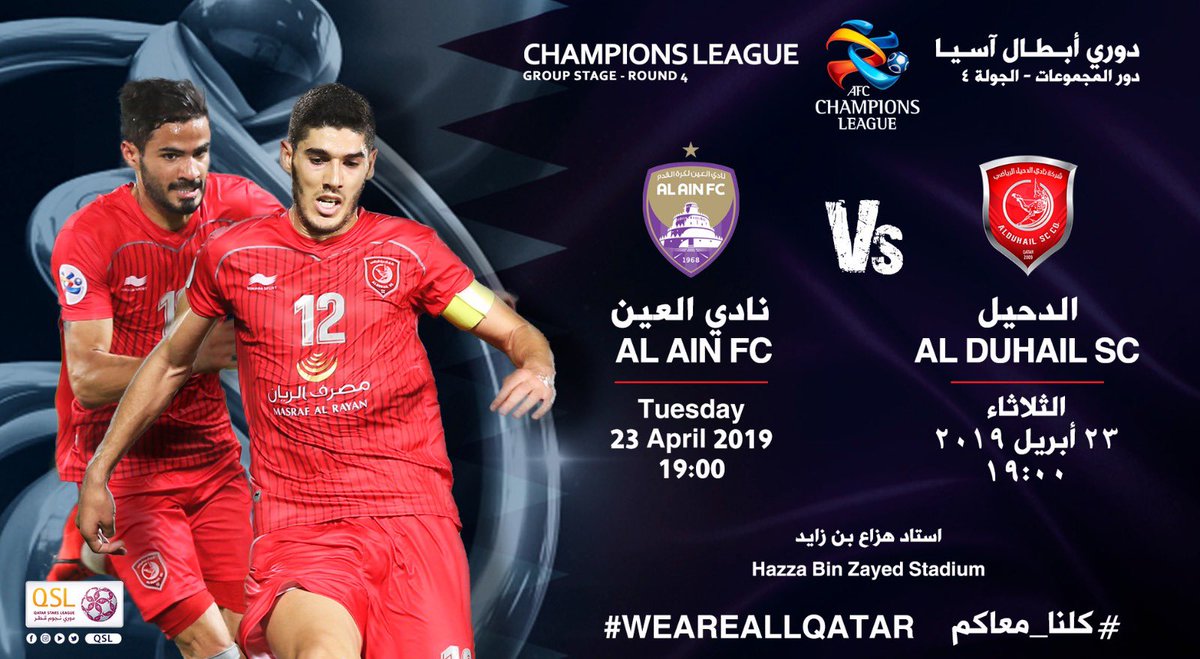 Doha, 22 April 2019 - Qatar’s Al Duhail will lock horns with the UAE’s Al Ain in the fourth round of AFC Champions League on Tuesday. The kick-off is at 19:00 Doha time at the Hazza bin Zayed Stadium.

Al Duhail are the only Qatari side in this year’s competition to have kick-started their campaign with a victory when they beat Iran’s Esteghlal 3-0. Al Sadd and Al Rayyan. Qatar’s other representatives in the premier continental competition, had lost their openers.

The Red Knights, however, lost 1-3 to Al Hilal before pulling off a 2-2 draw with Al Ain in the last round in Doha.

Coached by Portuguese Rui Faria, Al Duhail had recently lost out to Al Sadd in the QNB Stars League title race. They ended up with 50 points as against Al Sadd’s 57 after 22 matches.

Al Duhail had started their preparations for the Al Ain game soon after their 3-0 victory over Al Arabi in the final round of QNB Stars League.

Halfway through the group stage of AFC Champions League, Al Duhail look set to reach the knockout phase. It is against this backdrop that they will look to bag full points against Al Ain.