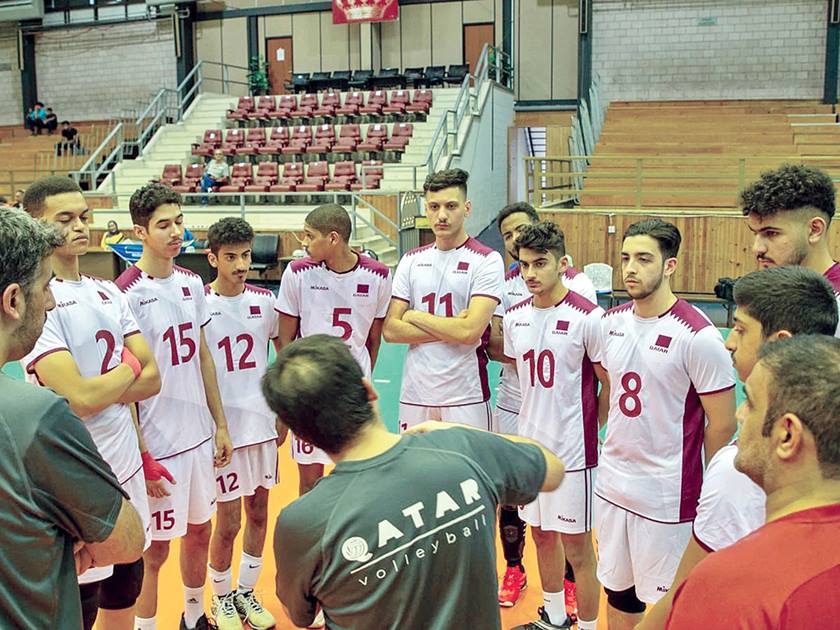 Doha, 18 July 2022 - Qatar team fell within group B in the draw of the West Asian Youth Volleyball Championship which will be held in the Kingdom of Saudi Arabia from July 20 until August 1.
Group B included - beside Qatar - the teams of Saudi Arabia, Kuwait, Syria, and Palestine while group A included the teams of Iraq, Bahrain, Jordan, Lebanon, and UAE.
Qatar youth volleyball team starts its matches by facing the Palestinian team on July 22, then the Syrian team on July 23, then the Kuwaiti team on July 25, before concluding its matched in the first round by facing the host team of Saudi Arabia.
Qatar youth volleyball team prepared for the Asian championship by participating in a friendly tournament - currently held in Jordan - with the participation of the teams of Jordan, Palestine, and Lebanon. The Qatari team will conclude its matches in this friendly tournament by facing the Jordanian team.
The formation of the Qatari team, led by coach Martin Ariel Lopez and assistant coach Ismail Hassan Al Sheeb, includes 14 players.