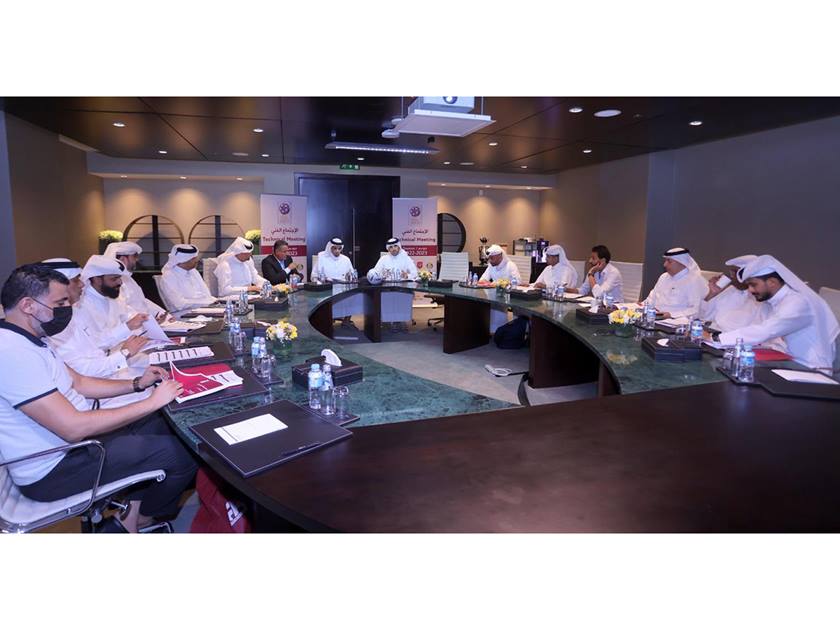 Doha,26 July 2022 - The Qatar Stars League held a Technical Meeting ahead of the first leg of 2022-2023 QNB Stars League, at the City Center Rotana Doha Hotel on Tuesday on the sidelines of Season Launch ceremony.
The meeting was attended by Ahmed Salman Al Adsani, Director of Competitions Department at the QSL, Ahmed Abdullah Al Sayed, Head of Football Operations at the QSL, representative of the Referees Department of Qatar Football Association and representatives of QNB Stars League clubs.
At the outset, Al Adsani welcomed the attendees, wishing their clubs success in the new season, and hoped to continue work and constructive co-operation with Club Companies to achieve common goals.
The meeting discussed organizational matters and match day procedures, and stressed the importance of attending the stadium on the specified match days, as well as adherence to the official protocol and all approved procedures.
The kits (basic and reserve) for each team were also discussed, and the match kits and jersey colors of each team were determined.