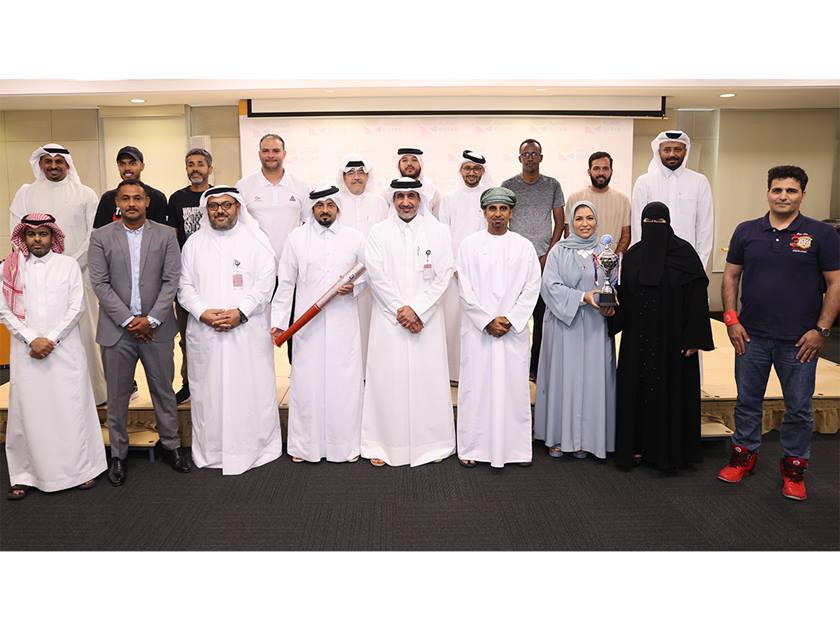 Doha, 31 July 2022 - Qatar Olympic Academy has wrapped up the Olympic education coaches course. The course was accredited by Olympic Values Education Program of Olympic Education Commission.
The four-day course was bifurcated into theoretical and practical lectures with the participation of 20 coaches from Qatar and abroad. The course focused on providing cultural Olympic education lectures and seminars, which is one of the most important pillars of the Qatar Olympic Academy.
The lecture was delivered by Vice Chairman at Oman School Sports Association Hisham Al Adwani with the assistance of Mohammed Omar, the swimming coach at Al Khor Sports Club, and Hasnaa Buhaqab from the Qatar Olympic Academy, where they presented part of the theoretical lectures and presented skills for practical application of Olympic values during the course days.
The course addressed numerous themes, where the lecturers had initially reviewed the historical account of the emergence of the ancient Olympic Games in Greece and its ancient and great history, and subsequently they talked about the modern Olympic Games, the three main Olympic values, including excellence, friendship and respect, in addition to the principles of the Olympic movement.
Models of applications of cognitive activities to disseminate Olympic values and principles to students in physical education classes were also presented. The tackled the ways to introduce Olympic values into the plan of building a physical education lesson or training session according to the different age stages, and the learners had a glimpse about the methods and types of motivating young people to practice sports activities.