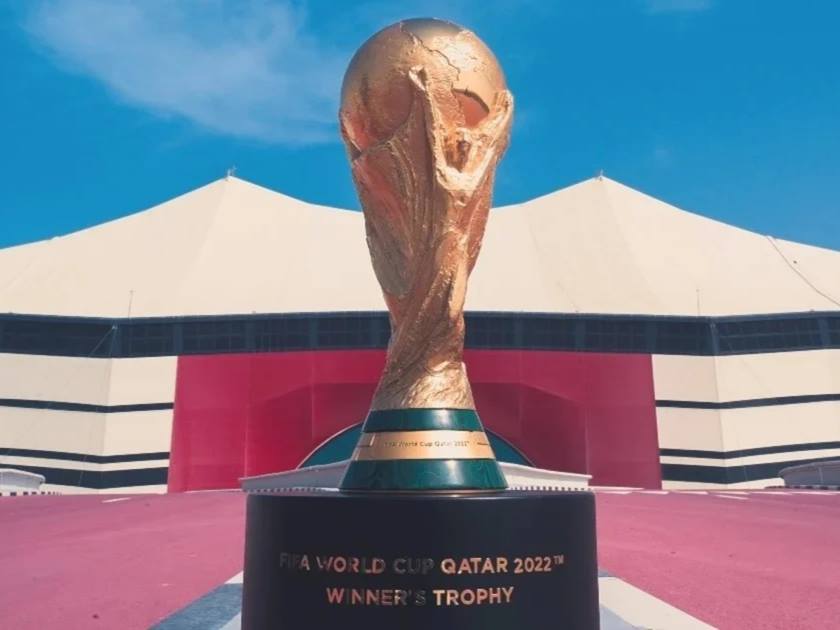 Zurich, 6 August 2022 - The International Football Association (FIFA) has highlighted five strikers who will make their first appearance in the World Cup, describing these players as high-level players, who will enrich the biggest football event.
In a statement on its website, FIFA said Jonathan David, Lautaro Martinez, Christopher Nkunku, Darwin Nunez and Dusan Vlahovic will make their World Cup debut in the 2022 FIFA Qatar World Cup.
Jonathan David performed a fundamental function as Lille registered one of the most stunning league-title triumphs in modern history in 2020/21, and he followed it up with another fine season for Les Dogues.
He was also instrumental in Canada conquering Concacaf's Octagonal and reaching a first World Cup in 36 years. Toby Alderweireld, Duje Caleta-Car and Nayef Aguerd and the other defenders in the pool must prepare for a rapid, skillful player who is slippery to bodyguard.
Lautaro Martinez made Jorge Sampaoli's preliminary squad for Russia 2018, but he didn't make the final cut as Sergio Aguero, Paulo Dybala and Gonzalo Higuain were taken to accompany Lionel Messi. Argentina could have done with Martinez as they drew 1-1 with Iceland and lost 3-0 to Croatia.
Now firmly established as Messi's strike partner, nine goals in 13 games from Martinez have helped La Albiceleste win the Copa America for the first time in 28 years, cruise to Qatar 2022 qualification and sink Italy 3-0 in the Finalissima.
Christopher Nkunku won the Bundesliga Player of the Season award over the likes of Erling Haaland and 35-goal Robert Lewandowski. Nkunku may have had to wait until earlier this year for his maiden international call-up, but he's appeared in every France game since.
The former Paris Saint-Germain started out playing in midfield or out wide, but now he's operating in attack for Leipzig. Christo registered 33 combined goals and assists in 34 appearances in last season's Bundesliga.
Uruguay have repeatedly punched above them above their weight in title terms. This century, they've mirrored that success in producing elite marksmen, with Diego Forlan, Luis Suarez and Edinson Cavani registering 162 international goals between them.
The latest sharpshooter fresh off their conveyor belt is Nunez, whose pace, movement and finishing make him a fearsome prospect to deal with. Diego Alonso may have afforded El Pichon' limited minutes in sky blue so far, but the Liverpool man seems destined to lead the Uruguay line in Qatar.
Most youngsters distance themselves from the pressure of being juxtaposed with a legend. Vlahovic, by contrast, welcomes being called The Serbian Ibrahimovic'. Former team-mate Valeri Bojinov recalled: "He was this 16-year-old kid, and he was telling me, I'm Zlatan from Belgrade'. I'm going to play for the biggest clubs and be one of the world's best strikers." Vlahovic, drenched in self-confidence, has accomplished those two goals already. The Juventus striker has hit 45 goals in 73 appearances over the last three seasons in Serie A, and will be the spearhead as Serbia's finest-ever generation of players go is pursuit of success on the Arabian Peninsula.