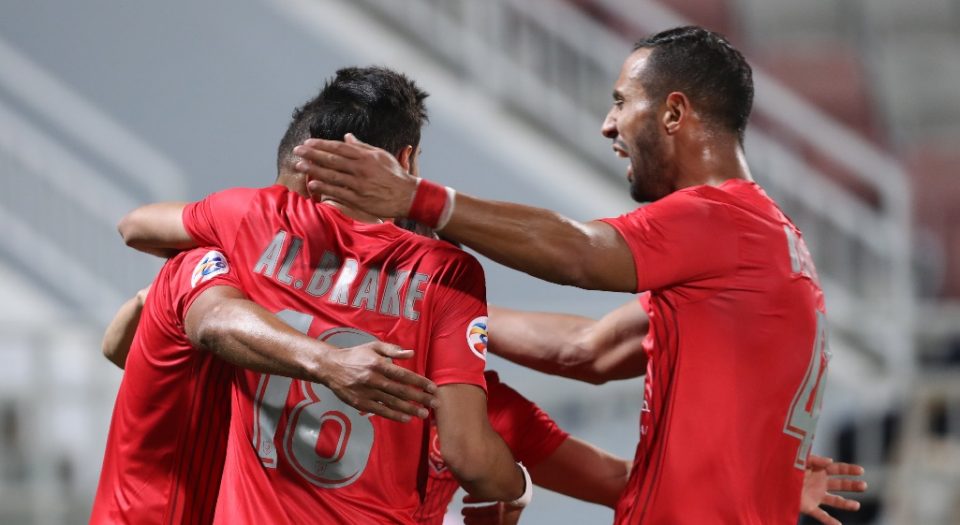 Al Ain had been without a win in their previous three encounters against Al Duhail, having lost both legs in the 2018 Round of 16 and snatched a 2-2 draw in Matchday Three in Doha two weeks ago, and the Qatari side made sure the trend continued.

The visitors started with a bang, opening the scoring after just three minutes through Almoez Ali.

Edmilson collected Ali’s pass and advanced down the right, dribbling past his marker and crossing back to the Qatari international whose diving header nestled into the back of Khaled Eisa’s net.

Al Ain quickly regrouped and tried to get back into the game. Bandar Al Ahbabi sent his free-kick just over the crossbar and Ahmed Barman shot wide all inside the opening 20 minutes.

Edmilson exchanged passes with Youssef El Arabi before shooting from distance, but his strike was held by Eisa as the first half ended with a one-goal advantage for the away side.

Rui Faria’s men doubled their lead in style in the 66th minute. A fine passage of passing football saw the ball reach Ali down the left wing, and the striker evaded a defender and squared it across the mouth of goal for Shoya Nakajima.

The Japanese international intelligently stepped over the ball, pulling two defenders away from El Arabi who found all the time in the world to apply the finish for his third goal of the campaign.

Al Duhail played pragmatically after their second goal and relied on the counter-attack. Ali Afif came closest from one after being set up by El Arabi, but the midfielder’s shot from the left side crept wide of the upright.

Al Ain, meanwhile, drift further off the pace with two points from four games. Their hopes are, however, still alive. The 2016 finalists need to win their remaining fixtures and hope for other results to be favourable.