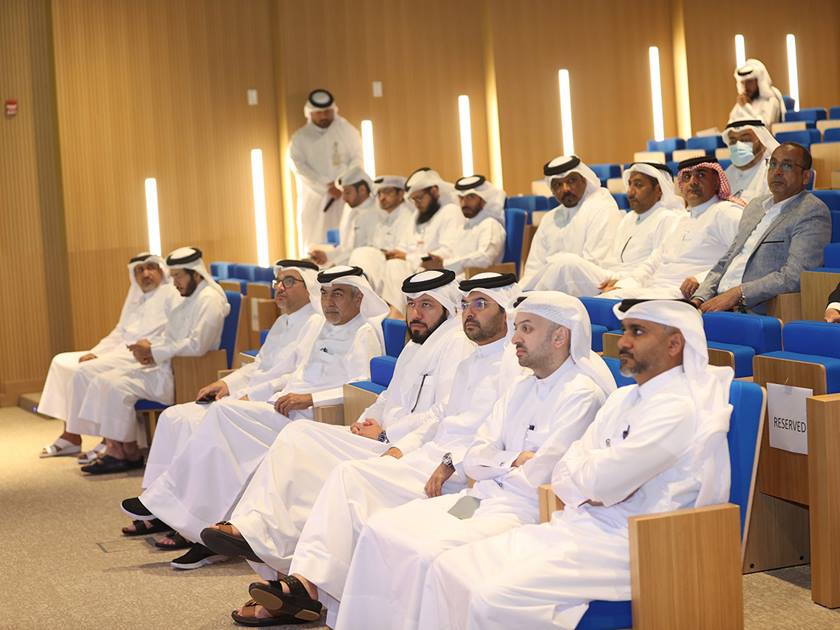 Doha, 10 August 2022 - Qatar Olympic Academy held a symposium on sports diplomacy and the European Union's strategic approach in the field of sports in cooperation with 3-2-1 Qatar Olympic and Sports Museum, in the presence of more than 80 people from various sectors and institutions of the state, as well as many interested in this field.
The seminar was presented by the Former Dean of the Faculty of Sports Sciences of the University of Louvain, Belgium and the Director of the International Olympic Committee accredited Professional Master's Program (MEMOS) Professor Thierry Zintz.
Professor Zintz explained during the seminar that sports diplomacy is one of the real soft power resources that are used with the aim of creating ideal results in international relations, noting that sport has proven to be an effective and flexible tool for promoting peace and development goals between governments.
He stressed the role of sport in strengthening international relations through the establishment of strong and cohesive partnerships. Sport as a global phenomenon has the ability to link influential networks that include partners and diverse stakeholders who share a commitment to lasting development.
The professor also reviewed many examples and models of diplomatic and nondiplomatic sports.
Holding this seminar at the headquarters of the Olympic and Sports Museum is the first cooperation between the Qatar Olympic Academy and the museum after the signing of the cooperation agreement between the two sides in order to reach the common goals among them.
Coordination is underway between the two sides to hold Olympic culture workshops at the museums headquarters. 3-2-1 Qatar Olympic and Sports Museum is considered an ideal environment to receive this kind of science as the museum contains valuable exhibits that serve as a valuable practical lesson for students who wish to obtain historical and important information about the emergence of the ancient Olympic movement as well as the modern Olympic Games founded by Baron Pierre de Coubertin in 1896.