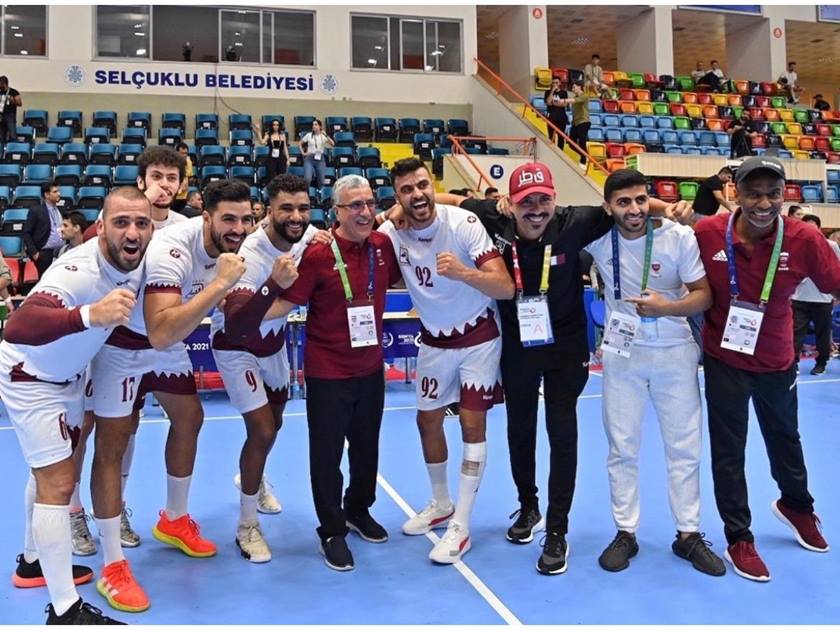 Konya, 14 August 2022 - Qatar national handball team locks horns against hosts Turkey in Handball event final of the Islamic Solidarity Games at Selcuklu Sport Hall in Konya on Sunday.
Team Qatar booked place in handball event final, after a narrow 24-23 victory over Iranian in the semifinals, while hosts Turkey reached the final after defeated Saudi Arabia 26-25.
In the volleyball event, team Qatar out of the competition despite their 3-2 victory over Pakistan ( 25-21, 13-25, 31-33, 23-25 and 8-15) that after hosts Turkey beat Iran and took advantage over team Qatar in terms of points.
In the 3x3 basketball event, team Qatar recorded a convincing 21-12 win over Palestine in the first game and suffered 13-22 defeat at the hands of Jordan in the second game. Team Qatar will shake hands with Senegal in a crucial game.
This fifth edition of Islamic Solidarity Games is running from Aug. 9 to 18 with participation of approximately 6000 athletes from 58 countries.
The State of Qatar is participating in 14 sport disciplines, including basketball, volleyball, handball, cycling, athletics, swimming, shooting, Taekwondo, Judo, Karate, weightlifting, wrestling, fencing and gymnastics.