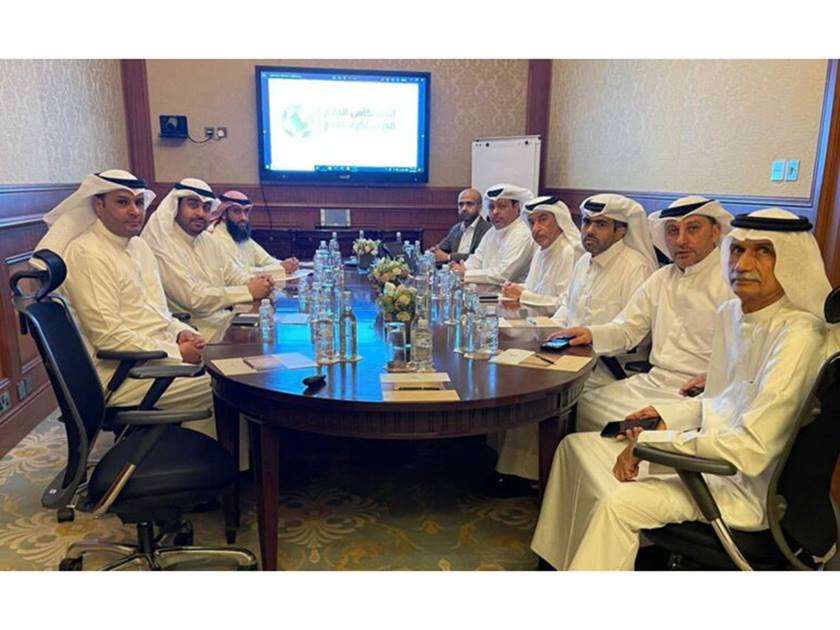 Kuwait, 17 August 2022 - The inspection committee of the Arab Gulf Cup Football Federation (AGCFF) concluded on Wednesday its inspection visit to the State of Kuwait to see the readiness of the Kuwait Football Association to host the Khaleeji 25 tournament as an alternative country.
The committee, headed by AGCFF Secretary-General Jassim Sultan Al Rumaihi, visited the official stadiums to host matches and training stadiums, as well as the hotels proposed for hosting.
The visit, which lasted for three days, concluded with a meeting with the Kuwait Football Association, where the committee expressed its satisfaction with the readiness of the facilities to a large extent and the cooperation of the Kuwaiti Football Association to establish a distinguished tournament. The main points related to the organization of the tournament were discussed.
On Sunday, the Iraqi Football Association announced that Khaleeji 25, scheduled for Jan. 6-19, 2023, will be held in Basra, Iraq.
In a statement, the Iraqi Football Association said that coincided with the visit of the delegation of the inspection committee to Kuwait (the alternative country to hold the tournament) that the visit is routine, and it is according to the directives of the Executive Office of the Federation, which stipulates the visit of the alternative country.
The Arab Gulf (Khaleeji) Football Cup is held every two years. The first edition was organized in Bahrain in 1970, and the last edition was held in Qatar 2019. Kuwait holds the record for the number of wins in the Gulf Championship (10 titles) compared to three titles for Qatar, Saudi Arabia and Iraq, and Oman and the UAE won the title twice, and Bahrain once.