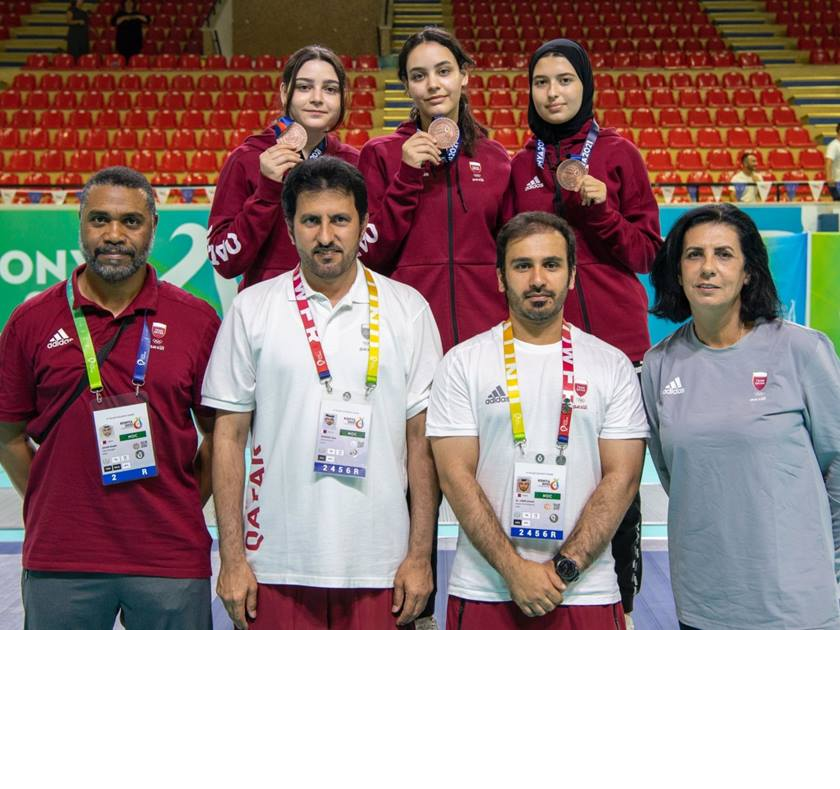 In the semifinals held yesterday, team Qatar including Lina Al Buenain, Haya Diyab and Sarah Diyab lost to Uzbekistan to settle for the third place.

On other hand, Qatar archery team including Ahmed Al Abadi, Farhan Abdulrab and Abdulaziz Al Obaidi qualified to the quarterfinals where they lost to Indonesia.

For her part, Qatar's Dhoha Al Habashi will participate in women's artistic gymnastics event to be staged on Thursday while Abdullah Babaker and Khalid Hassanain will take part in men's 84 kg karate event.

This fifth edition of Islamic Solidarity Games is running from 9th to 18th of August with participation of approximately 6000 athletes from 58 countries.