Workshop on Police Cooperation within Security Preparations to Qatar 2022 Opens 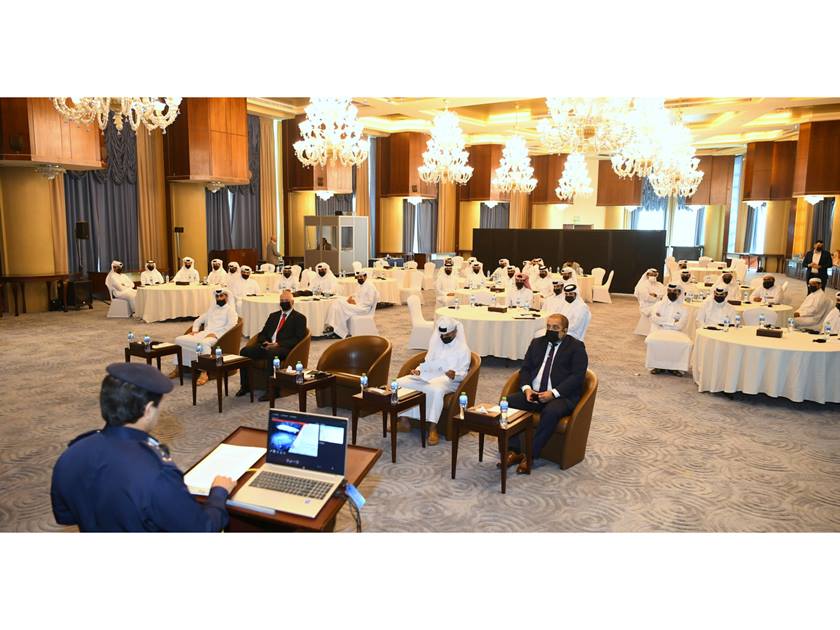 Doha, 24 August 2022 - A training workshop for Qatari officers covering mechanisms and frameworks for international police cooperation and the National Football Information Point (NFIP) kicked off.
The three-day workshop is organized by the Safety & Security Operations Committee (SSOC) of the FIFA World Cup Qatar 2022, in cooperation with the International Criminal Police Organization (Interpol), represented by the "Stadia" project.
A group of experts from the Interpol and the Network of Liaison Officers (NLO) which works under the umbrella of the European Council will lecture in the workshop.
Colonel Khaled Al Kaabi from the Legal Affairs and Communication Unit of the SSOC explained that the workshop is intended for Qatari officers working in the NFIP, and comes within the framework of the ongoing preparations to host the largest sporting event in the world, in cooperation with the Stadia project; one of the main partners of the committee.
Col. Al Kaabi added that the workshop seeks to develop the participants skills in the areas of international cooperation via the International Police Coordination Center (IPCC) and the National Football Information Point, as well as to raise awareness of the tasks and roles entrusted to them, and provide them with the necessary experience to ensure a unique version of the World Cup. A version that he hopes will leave a legacy that will benefit other world countries in hosting major tournaments regionally and internationally.
For his part, Interpol Project Stadia Senior Manager Falah Al Dosari praised the efforts of the State of Qatar and its keenness to organize the best FIFA World Cup tournament.
He reviewed the most prominent past examples of cooperation over the years between the concerned authorities in Qatar and the Stadia project, especially in the field of training, qualifications and exchanging of knowledge and experiences; indicating that the workshop will add a lot of skills, expertise and knowledge to the participating Qatari officers, especially those working within the IPCC, as well as providing an opportunity for them to consult with their counterparts from other countries participating in the center.
Al Dosari added that Stadia is about to issue a guidebook for international police cooperation, with a prominent chapter discussing the IPCC in the State of Qatar. Also, the project will play an important and influential role in the tournaments to come after the FIFA World Cup Qatar 2022, including the Paris 2024 Summer Olympics amongst others.
In turn, Adrian Dennis from the Network of Liaison Officers affirmed his confidence that the State of Qatar will organize the best version of the World Cup from a security and safety viewpoint, given the optimal preparations for the World Cup. Dennis pointed out that the lecturers will present a summary of their accumulated knowledge and experiences in the domains of sports security, especially in terms of tasks and duties, safety and security issues, information analysis, effective decision-making and other many other topics included in the workshop.
It is noteworthy that the Stadia project is a Qatari project launched in 2012 in cooperation with the Interpol in order to help member countries of the organization develop and implement police and security measures in preparation for major sporting events.