Qatar Eases Past UAE Counterpart in Asian Men's U20 Volleyball 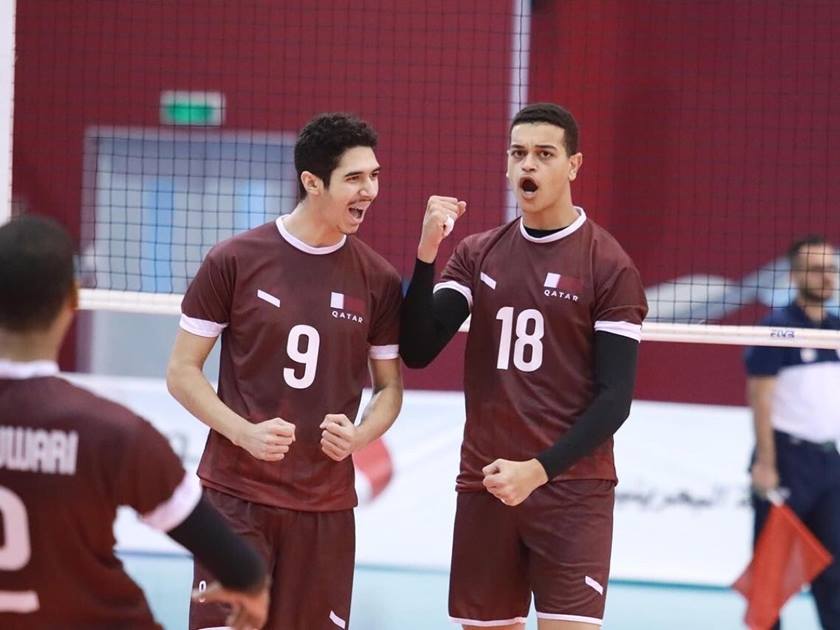 Manama, 29 August 2022 - The Qatari youth volleyball team defeated its Emirati counterpart in 3 straight runs (25-19, 25-21, and 25-16) in the ranking positions (11-12) at the 21st Asian Men's U20 Volleyball Championship held in Bahrain.
The Qatari team started its matches by losing to South Korea (0-3) and then won its second match against Kuwait counterpart (3-2), then qualified to the second stage of the tournament after finishing in second place in Group C behind the South Korean team, which topped the ranking in which the Kuwaiti team finished in third place.
The Asian Championship included six groups, each of which included three teams, and witnessed the participation of six Arab teams, Qatar, Saudi Arabia, UAE, Kuwait, Iraq, and Bahrain, the host country.