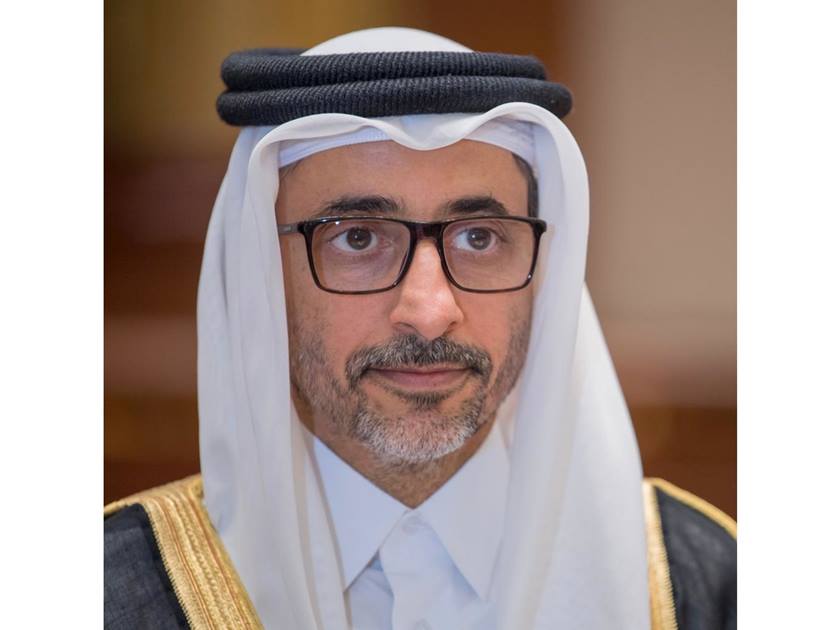 Doha, 2 September 2022 - H.E. Minister of Sports and Youth Salah bin Ghanim Al Ali has officially inaugurated the new headquarters of Qatar Youth Hostels (QYH) in the Al Sadd area in conjunction with the launch of the five-day 54th International Youth Hostel Federation's events with the participation of an array of delegations from over 30 countries.
The inauguration ceremony was attended by HE Libyan Minister of Youth Fathallah Al Zani, head of International Youth Hostel Federation (IYHF) Stephan Kurmann, Secretary-General of Arab Federation of Youth Hostel Ashraf Ali Othman and a host of youth hostels leaders worldwide.
Executive Director of QYH Ahmed Hassan Al Obaidli clarified that the new QYH headquarters includes a multitude of facilities that are entirely equipped with all premises, including a reception area, an outdoor session, meeting room, activity hall, swimming pool, a gym, business center, as well as car parking area, pointing out that the diversity of chambers in the new headquarters comprises 16 deluxe rooms, 29 combined double rooms, one room for people with special needs, a combined quadruple room for females, 2 combined rooms for quadruple males, 8 family rooms, in addition to 4 private suites, with a capacity of absorbing 152 people.
In addition, the statistics of guests in Qatari youth hostels amounted to a total of 1,479 guests by July 2022 mainly from Asia, 983 guests from Africa, 153 guests from Europe, 37 guests from North America, 28 guests from South America, and one guest from Oceania, bringing the total number of guests to roughly 2,681 guests representing 77 nationalities.
He underlined that QYH, and stemming from its vision, is working to encourage young people to migrate and cultural exchange by providing a conducive and rich environment, since its mission is primarily embodied in the ambitious young people who are passionate about exploring the world with a high level of awareness and capability to positively interact with the entire civilizations, elucidating that the key goals of youth hostels entail the promotion of internal and external tourism for young people and expand their concepts, promote values and build the capacities of young people with respect to the relevant human development topics, as well as utilizing the scientific approach in approaching the nature.
For his part, Head of Youth Centers Department at the Ministry of Sports and Youth Fawaz Al Misufri emphasized that the inauguration of the new headquarters comes within the framework of the ministry's keenness to modernize the infrastructure and provide young people with the best services, explaining that the building that has been inaugurated today is one of the best five hostels worldwide, and holds quality certificate within the international youth hostels, including ISO certificate, which unequivocally underscores the ministry's keenness to empower young people and offer all means required to proceed with optimizing this sector, indicating that the selection of the inauguration time came in coincidence with Qatar's hosting the 54th International Youth Hostel Federation Conference, which convened its first sessions Friday morning with the participation of representatives from over 30 countries worldwide, affirming that Qatari youth hostels have assiduously worked to attain the maximum readiness, specially that Qatar is prepared to embrace FIFA World Cup Qatar 2022 tournament to underscore the high priority the sate of Qatar attaches to youth, in addition to harnessing the entire potential available to advance this sector.
The 54th International Youth Hostel Federation Conference kicked off Friday morning in conjunction with the celebration of the 90 anniversary of the federation's, which was founded in 1932 during that time to unify the youth hostels worldwide and is considered the largest young institution worldwide operating under the umbrella of UNESCO and is ubiquitous in 74 countries, including over 4,000 youth hostels worldwide.