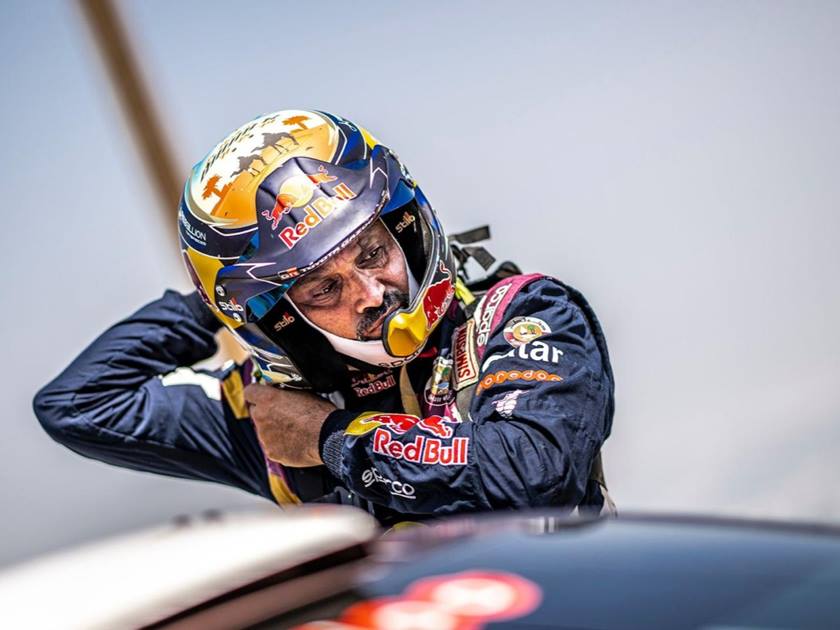 Beirut, 4 September Qatar's Nasser Saleh Al Attiyah jumped into a big lead at the 44th Rally of Lebanon – the final round of the Middle East Rally Championship (MERC). The three-time Dakar champion won all five stages on the only asphalt round of the series on Saturday with his co-driver Mathieu Baumel on Volkswagen Polo GTI. The duo holds a 3:26.5 seconds advantage over second-placed Lebanese pair Bassel Abu Hamdan and Fras Elias in a Skoda Fabia.

The rally draws to a conclusion on Sunday after two runs through the Nahr Ibrahim stage and three passes of the Hboub stage. And barring a technical failure on the bumpy and slippery stages, al-Attiyah looks set to wrap up the Middle the East Rally Championship (MERC) with a victory. The Qatari legend has already confirmed the MERC title for a record-breaking 18th time.

This season, Al Attiyah has already won in Oman, Qatar, and Jordan this season and second place in Kuwait sees him with an unassailable lead in the series.

Yesterday, Lebanon's defending champion Alex Feghali and his French navigator Marc Haddad, in a Mitsubishi Lancer Evo 10, finished third with a time of 58.47 minutes, while the other Lebanese driver, Tamer Ghandour and Salim Jalilati in a Skoda Fabia came in fourth (59.29). Lebanon's Shadi Fakih and Samer Sfeir in a Mitsubishi Lancer Evo 9 completed the list of the top five places with a time of 59.30 minutes.

Al Attiyah had topped the exhibition stage of the rally on Friday setting the fastest time ahead of his closest rival Feghali. Attiyah expressed his happiness about being in the lead and hoped for a successful finish today.“It was a great day, and I performed well during the stages of the day, which helped us maintain the lead and increase the difference with the closest competitors,” he said.

He explained that the competition isn't easy given competition from top drivers, as well as the rugged tracks. He hoped to make good of the comfortable lead difference and then continue on the same approach to finish the rally on the podium.